Humac managed to preserve a truly authentic essence of Dalmatia and it is a great example of Mediterranean as it once was. It is located 11km east from Jelsa Town and 350m above the sea level. On that altitude, amidst divinely beautiful nature there is an amazing view of the island beneath and the surrounding sea. 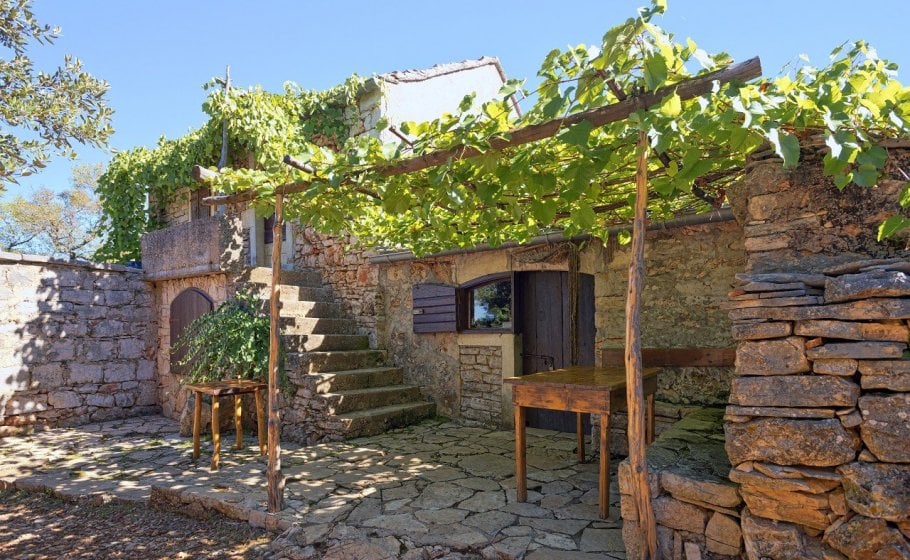 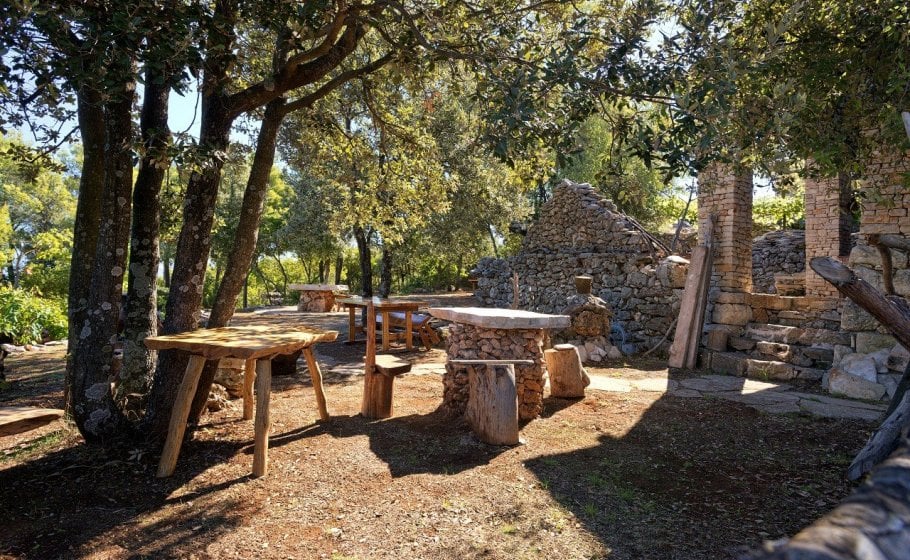 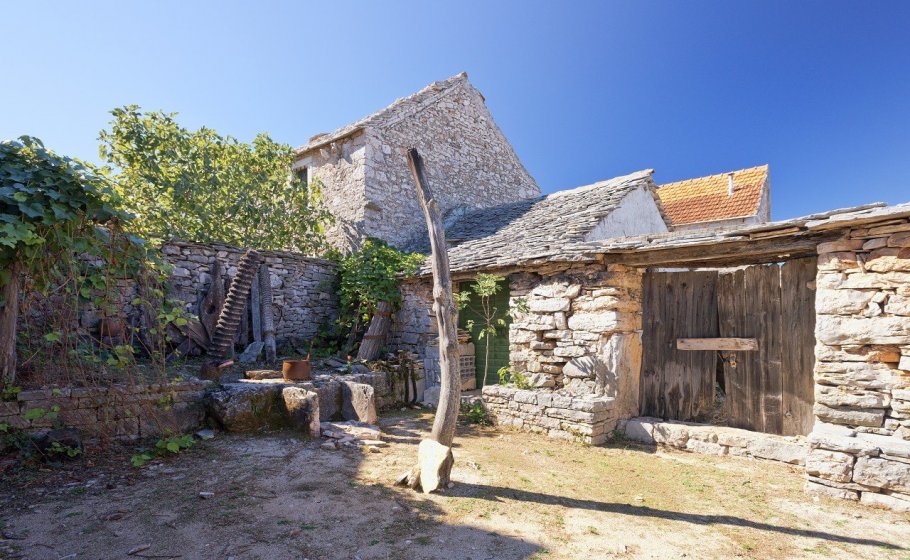 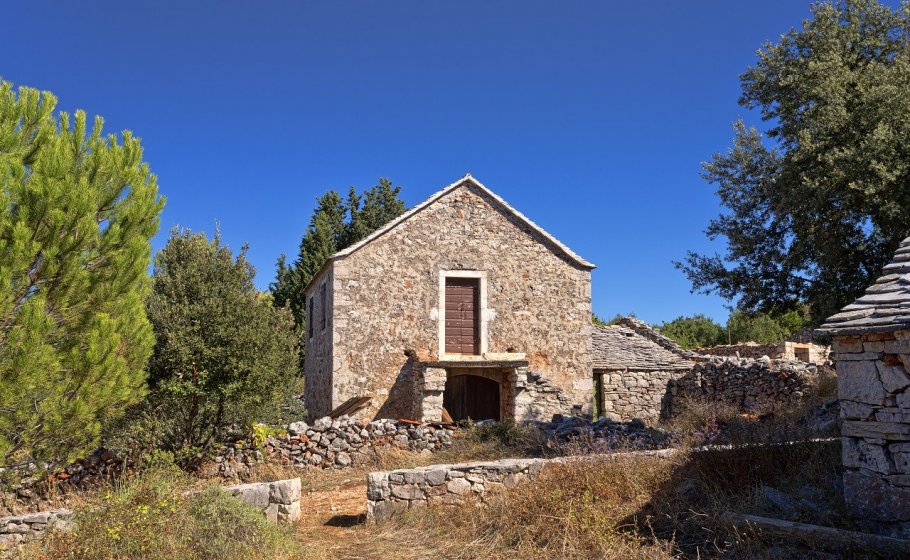 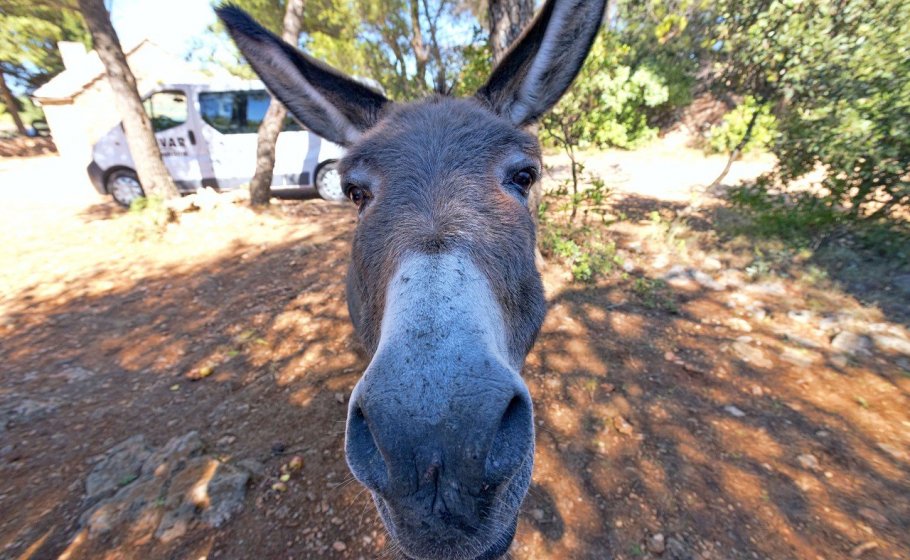 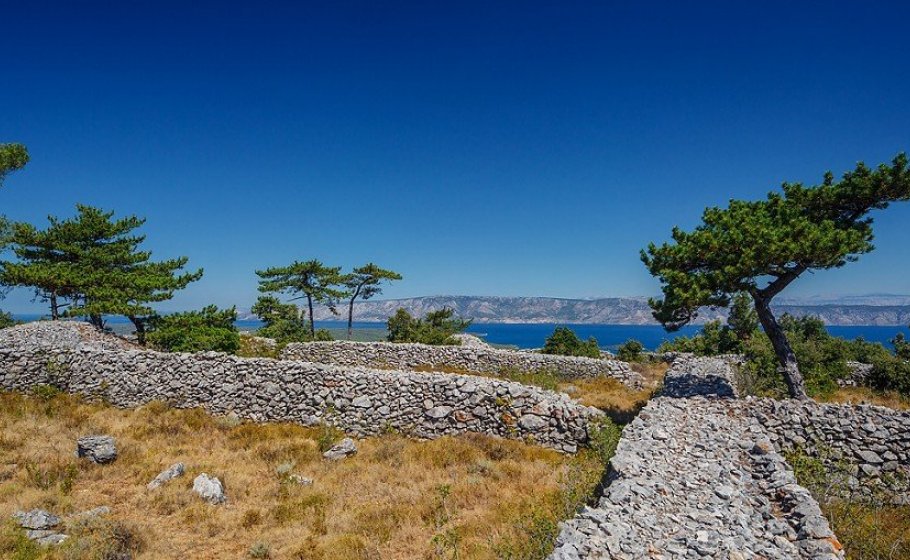 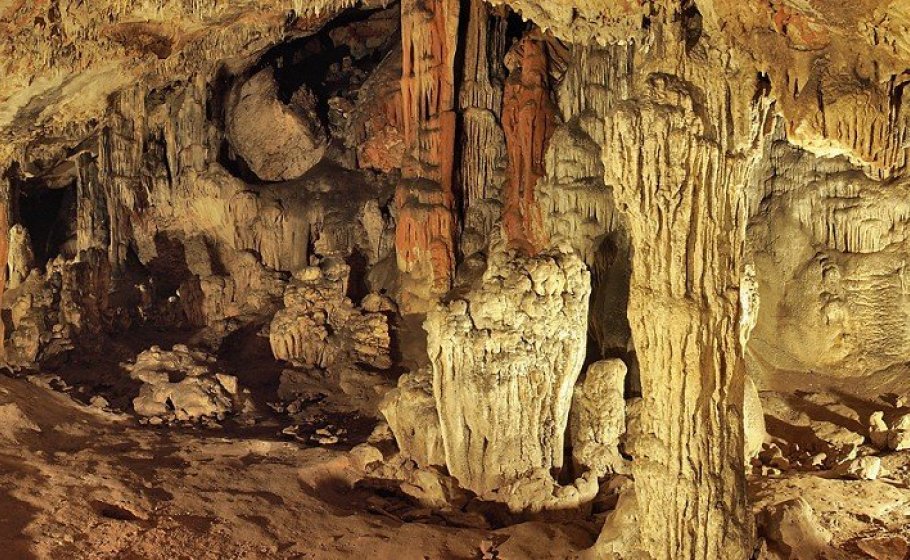 What to expect from Humac?

Once populated pastoral village of Humac was founded in 17th century and is today an amazing example of a well-preserved rural architecture. Traditional stone-houses of Humac are considered ethnographic monuments and the entire village is in the Register of Cultural Monuments.

If you visit Humac during summer you can enjoy all the riches of one of the most special restaurants on Hvar Island – Konoba Humac. Although there is no electricity and no running water this eco-village environment will give you an exceptional gastronomic experience - excellent traditional cuisine in the amazing rustic ambiance.

Humac is a starting point for an excursion to Grapčeva cave that reaches back to Neolithic era. It is a cave filled with stalactites and stalagmites, it is a birthplace of Hvar civilization and culture and one of the oldest findings in the Mediterranean area.

If you love history make sure you visit Greek fortress called Tor (4th century BC) and a medieval fortress-town called Galešnik.

Also, Humac offers a unique opportunity of horse riding in such amazing green surroundings. We can hardly imagine a more beautiful sight.

We already mentioned there is a nice restaurant in Humac, but if you are in a need of a grocery store, doctors office, a bank or a post office you will have to travel some 11km to get to town of Jelsa.

What to expect from Jelsa?

The town of Jelsa is situated on the northern side of the island, just by the seashore. The story says that the whole place was formed around the chapel of St. John (Sveti Ivan). Today, on that mythical place there is a Baroque chapel from the 17th century with octagonal plan and a charming square around it. The square was built in the period between 17th and 19th century and hasn’t changed shape since.

The most important historical event in the town of Jelsa occurred in the second half of the 16th century, during the Cyprus war. Turkish naval forces landed and invaded the island. The town of Hvar, Stari Grad and Vrbovska were destroyed and Jelsa was the only town that expressed significant resistance. To commemorate those times stands the parish church of Sts. Fabian and Sebastian that was fortified at those times. Its neo-Renaissance façade was added in the second half of the 19th century in the event of a wedding of Austrian emperor Franz Josef I and empress Elizabeth, known as Sissy.

Today’s Jelsa is a nice little Mediterranean town with pleasant climate that guarantees mild winters and pleasant summers. The center of social life is town square called Pjaca located just below the parish church. It is a place where locals meet to exchange news, comment on daily events and whisper occasional gossip. As good hosts they are always happy to share their relaxed atmosphere with the guests.

Besides the pleasant coffee drinking culture, so typical for Mediterranean, Jelsa has an enviable gastro offer. There is a great restaurant called "Me and Mrs. Jones" and if you are into something more traditional try tavern "Nono". We also recommend a beautiful winery and wine boutique of family Tomić as well as traditional and charming wine cellar of Ivo Duboković. In both those places you can enjoy the high quality wine while getting to know the history of winemaking. You can experience the blend of their past, their present as well as their vision of future.

Traditional, cultural and religious symbol of Jelsa is a nighttime procession "Za križen" (Following the Cross) which which was included 2009. on UNESCO's World Intangible Cultural Heritage List. It takes place on Maundy Thursday before Easter and hasn’t skipped a year for five centuries.

Jelsa is also famous for its "Fešta vina" (Jelsa Wine Festival), a fun event that takes place every year during last week of August. Traditional Jelsa Patron saint is "Vela Gospa" (The Assumption) that is celebrated each year on August 15. A superhero called Lavanderman, an irresistible charmer with his purple outfit is one of the modern symbols and protectors of the town.

Humac has unusual energy, it is a rare contemplative jewel on this planet of ours. Eos has all of that, and then some. A magical property isolated from the outside world, surrounded by enchanting landscapes, spectacular views and divine silence interrupted only by the sounds of iconic nature.