Paklinski or Pakleni islands, translated as Hell’s islands, got their name after pine resin once used to cook paklina , a type of tar used to coat ships, described as being black as hell, hence the “scary” name. Along with Kornati national park, at the heart of Adriatic nautical tourism, Paklinski islands are probably its most visited part. They are an inseparable part of the tourist offer of Hvar island. They were recognized as a potential place of settlement, and not only for occasional visits, even in time of classical antiquity. Maybe the best answer why Hvar town is considered such an important tourist destination is the fact that it has Pakleni islands located right in front of it. 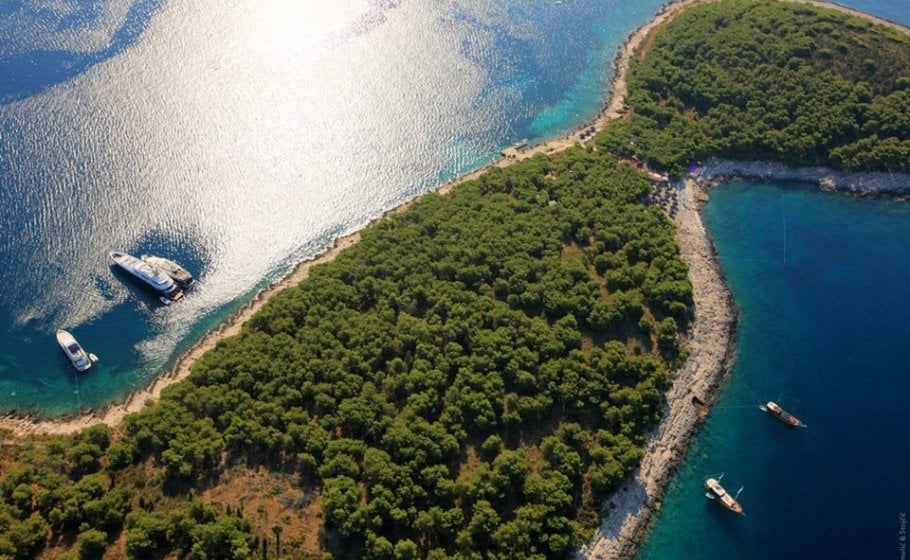 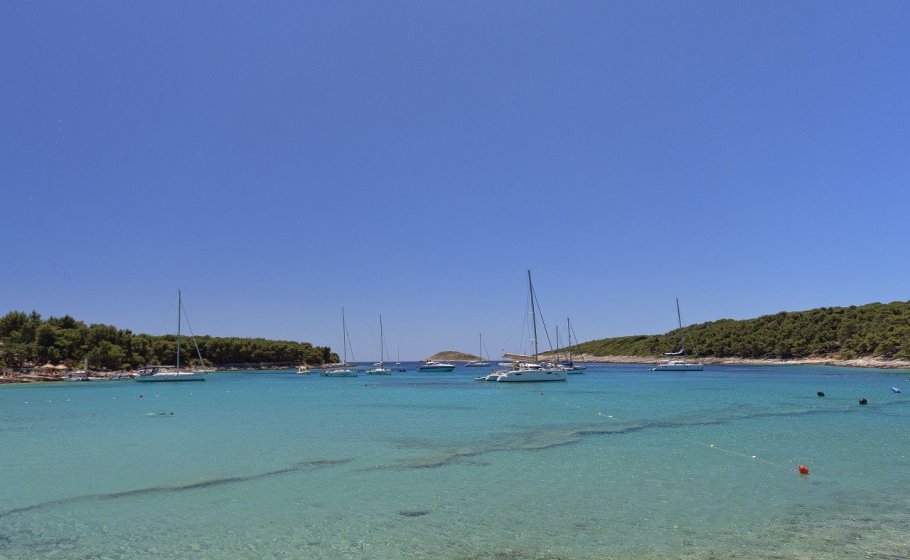 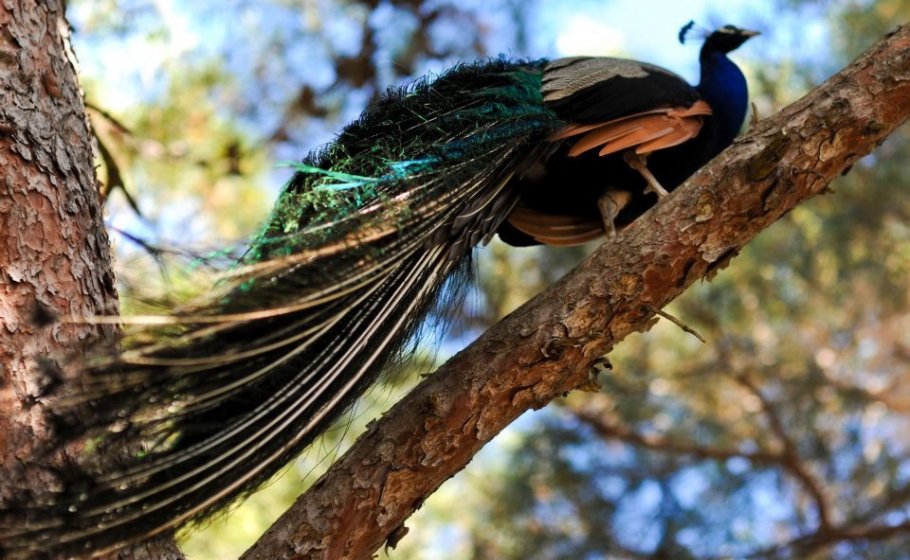 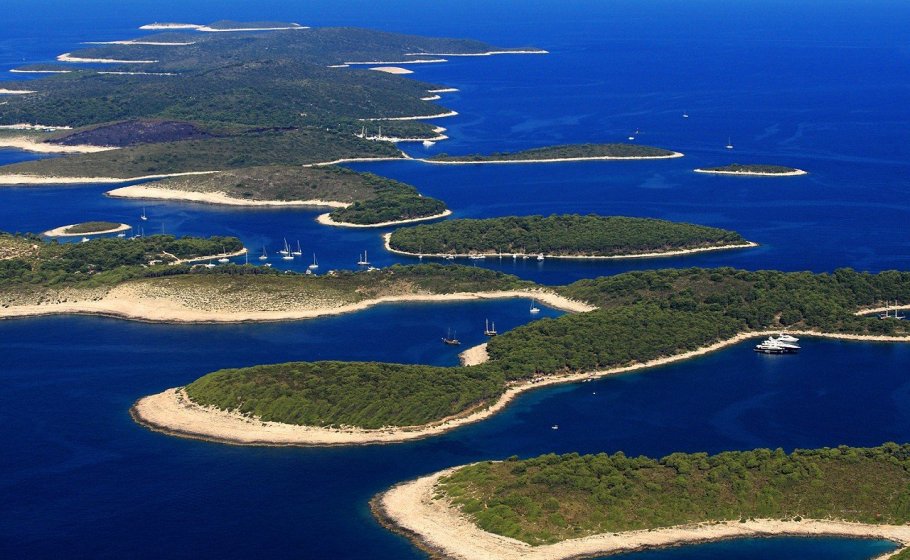 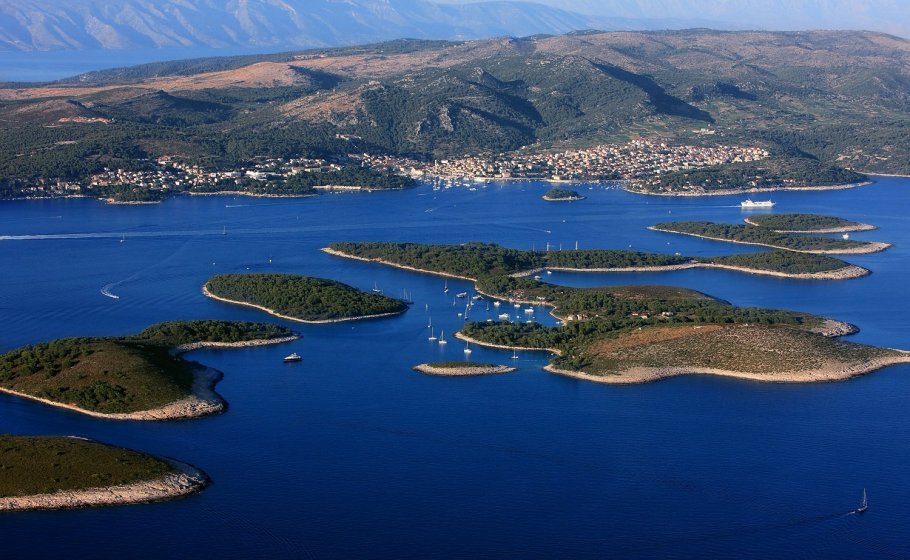 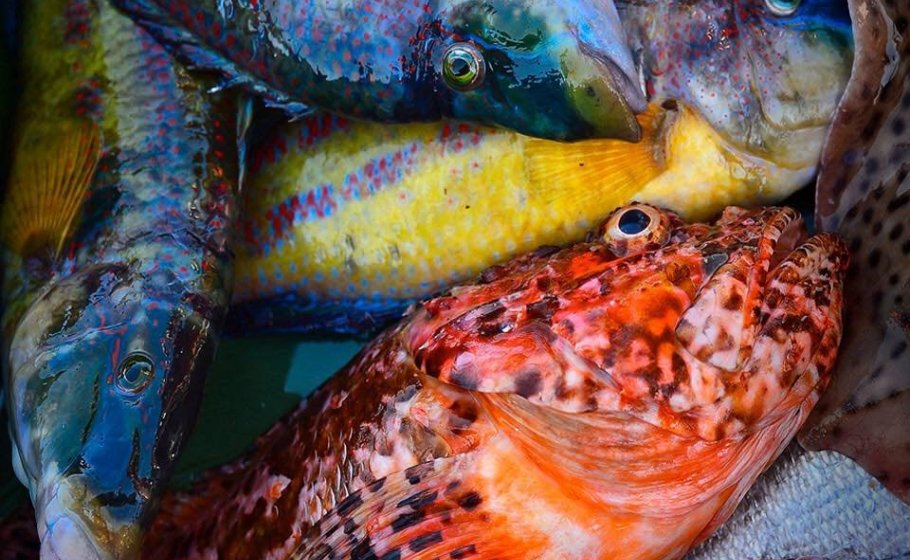 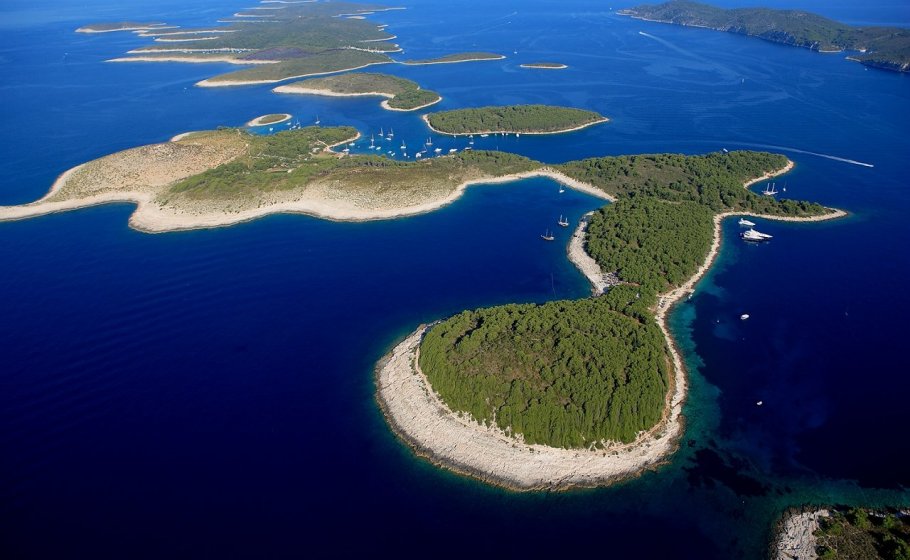 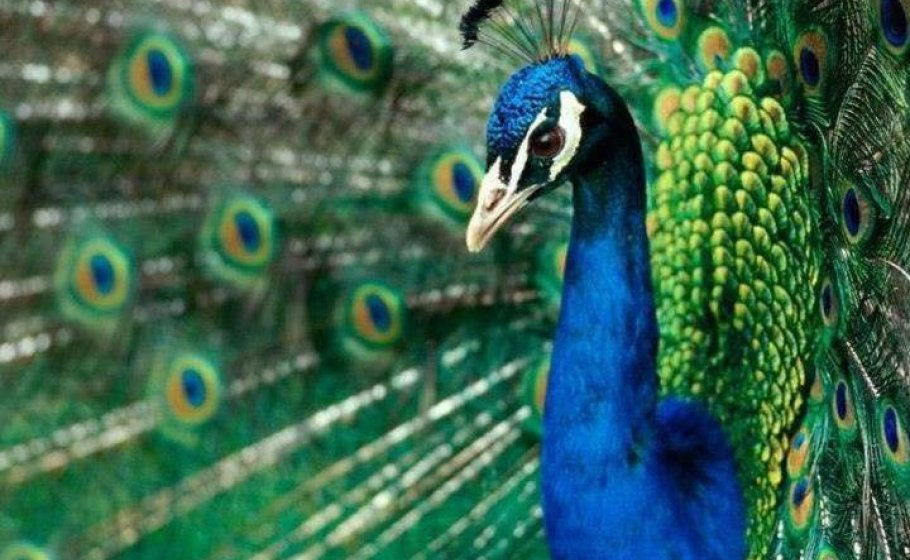 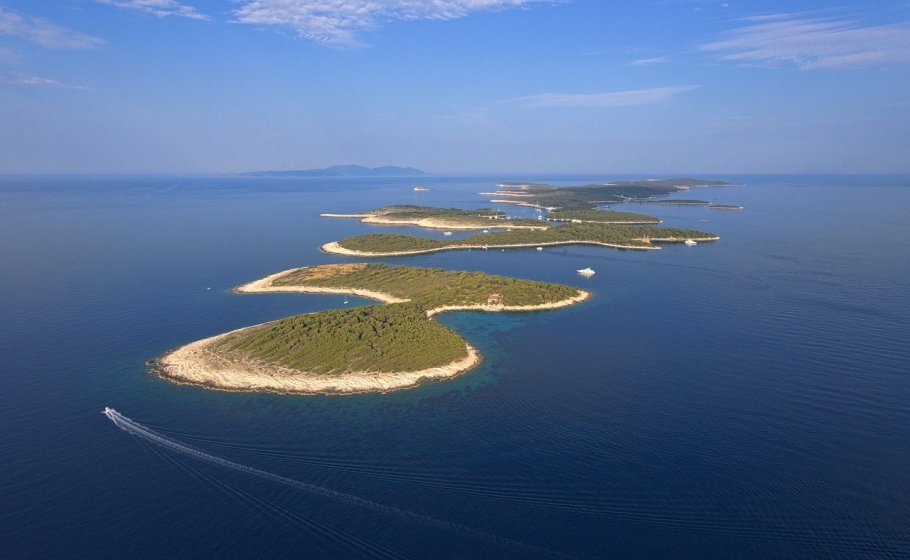 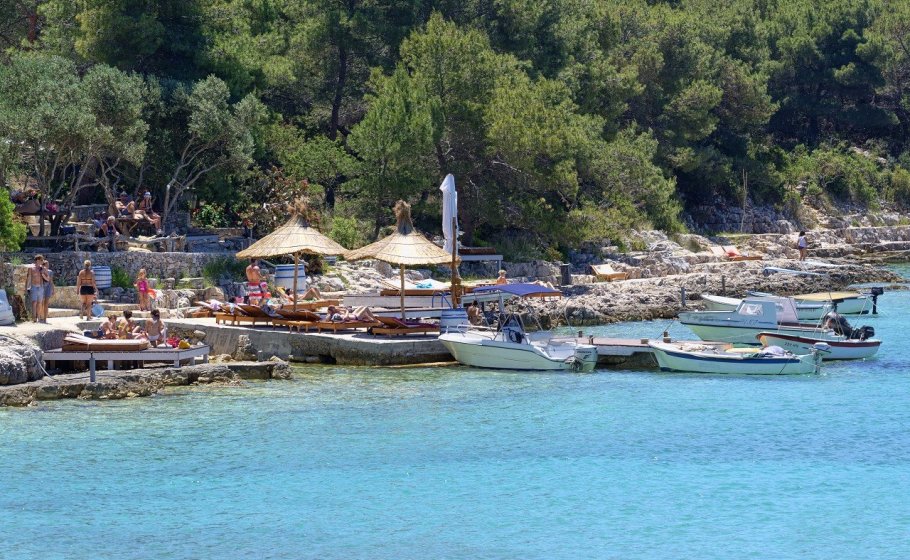 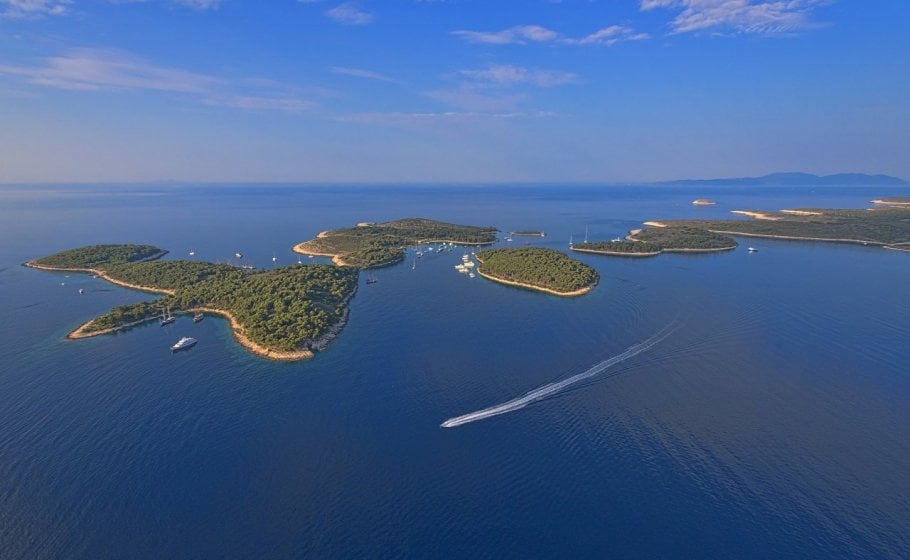 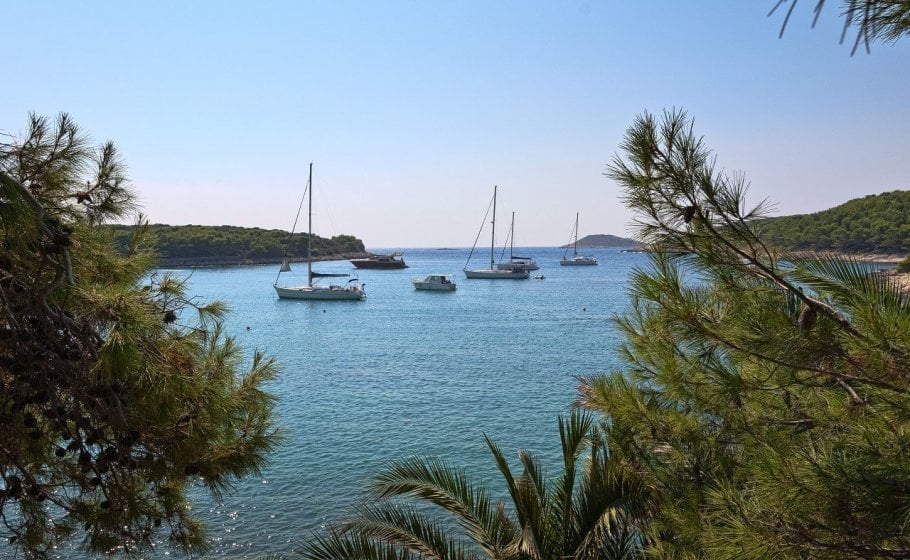 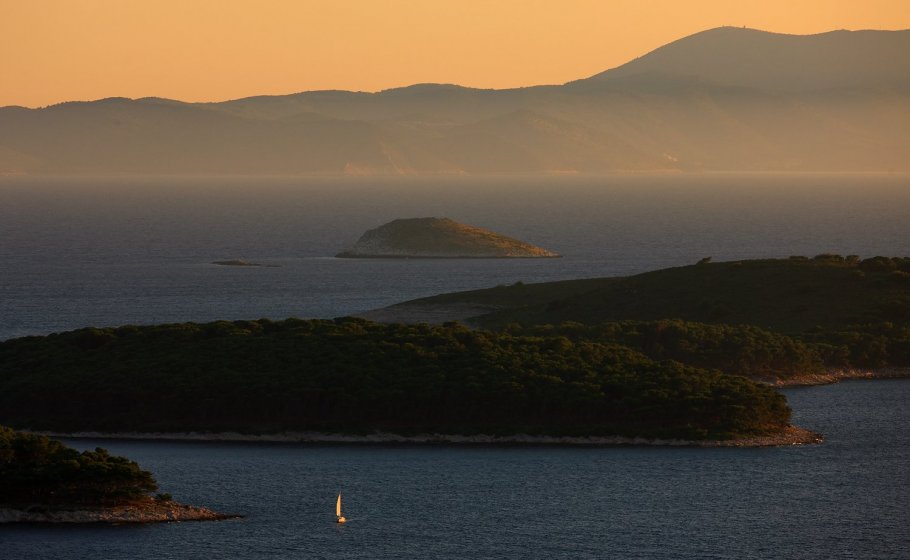 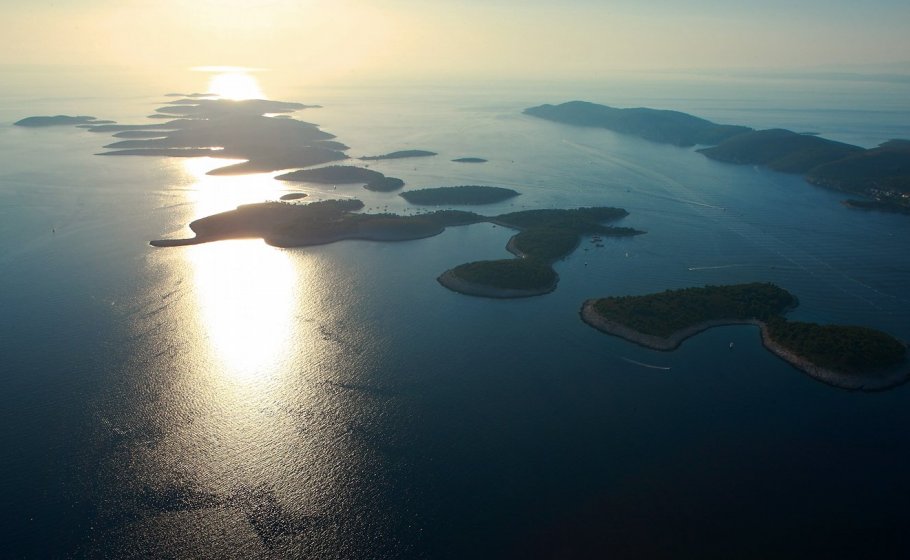 From the East to the West

A small island and lighthouse named Pokonji Dol guards the islands from the east, while only a couple of hundred meters away sits the first island of the archipelago – Jerolim, named after Jerolim Grivičić, an ancient hermit. A beautiful bay runs along both sides of the island, but we prefer the one on the southern side with white strand at the bottom. Named Kordovon, this island, with its untouched beauty, attracted nudists who continue to visit it to this day. One of the oldest Adriatic “FKK” colonies was established here in the 1950s when the "nudist invasion" was started by German tourists. A small bar is also located in the bay, serving as a real oasis for visitors – they can get refreshing drinks and salads in the shade. A few oases with rocky beaches can be found on Jerolim island. They are a favorite part of the island for most Hvar residents, consisting of large stones where one can rest, along with a little bit of shade and good access to the sea, and preferably with a bit of white strand. Once you conquer that space, it becomes yours and it is rude for someone to come and "take over" your piece of the coast!

Because of the terrain, such places can often be found on Pakleni islands, especially on their southern side, representing the ideal shelter for couples and families. The famous Carpe Diem bar, known to attract thousands to its summer parties, is located in Stipanska cove, on Marinkovac island. On the west of the island is Ždrilca passage, resembling more a quality boat show over the summer than an anchorage. The reason is a small lagoon perfect for a boat vacation and an extraordinary gastronomic offer of nearby Tri grede, Mamato, and Patak restaurants. South of Ždrilca is Mlini bay, and, according to many, the most beautiful bay of the Pakleni islands. A small island in the bay changes daily from a peninsula to an island according to the tide. The west side of Ždrilca and Mlini ends with the islands of Planikovac and Borovac, offering plenty of shade and a beautiful view just a couple of meters from the coast, along with the best surface of grass and pine needles to lie on.

You can enjoy the peace and quiet in the deep shade, while the aforementioned boat show takes place just a couple of hundred meters from the shore.  Our choice is the island of Borovac and its east shore, where a herd of wild sheep resides – thirsty and curious, they could surprise you on your vacation. We would also like to warn all those sailing that the shallow passageway between the two islands is only open for smaller vessels.

An interesting fact is that a boat line connecting Vis and Hvar used to run through Velo Ždrilo. It is difficult to understand why such a boat line doesn’t exist today – but it is easy to realize why Sv.Klement, the largest island of the Pakleni archipelago, is a favorite among sailors. Planikovac and Klement are separated by Malo Ždrilo passageway, and right at the south side of the largest island lies a bay we consider a rarely visited gem and would recommend for a morning swim. Perna bay could also be your piece of heaven, with a sandy beach and clear sea ideal for summer fun, including the popular picigin game, if you brought the appropriate ball.

The most popular Adriatic bay known as Vinogradišće, or Južna Palmižana, is located right behind Perna. The secure, charming marina in Palmižana, along with Vinogradišće, are well-recognized destinations offering a great port and extraordinary gastronomic delights, the best in the Adriatic according to us. Restaurants such as Laganini, the legendary Meneghello, the contemporary Zory, Đenko's Toto, and others offer a well-known rhapsody for the palate. When staying in the marina, it is best to have your first morning coffee in the deep shade by Colnaga in Palmižana. We recommend a pleasant walk along the path starting right there and leading to Taršće bay, Vlaka or Momića Polje, which is a great alternative if bad weather is the cause of your stay in the marina. The most beautiful part of the inland of Klement is by the Vlaka bay: just a couple of hundred meters from the first houses in Vlaka is restaurant Dioniz, where Pjerino and his specialties will welcome you, providing a beautiful view of Vis and a small olive field from his terrace. You can reach Pjerino by boat, which you can anchor in Soline bay or at the northern side, in Vlaka bay, where the island of the same name sits just off the coast.

The remnants of a Roman villa can also be found in Soline, which used to be a site containing medicinal clay. Although the remnants of the Roman residence do not appear to be all that representative, the Romans where indeed clever. Two small bays sit between Vinogradišće and Soline, both appropriate for swimming. One of them – Taršće – is the most beautiful in the whole archipelago, besides Vinogradišće when it’s not occupied by boats. Pločice cliffs and Stambedar island also deserve a mention. Stambedar is a natural habitat for seagulls flocking from all of Pakleni islands – they nest here, so unwary tourists can experience an attack from birds concerned for their offspring. Traditionally, this is a site where capers are seasonally picked in the spring, before their buds turn into beautiful little flowers. Connoisseurs of coastal Mediterranean plant life will also include Crithmum, or rock samphire, in their menu.

Uninhabited Dobri island closes the Soline bay from the south. It has a couple of hidden strands and nooks for a romantic escape on its east side, while a great bay for anchoring is located on the west side, given there is no strong maestral northwest wind. The next bay to the west is called Okorija – anchoring is unfortunately forbidden here because of an underwater cable running at the bottom towards Vis. It is the closest access to Momića polje, which today consists more of an underbrush. Besides a few houses, some pheasants residing there peacefully will greet you in the field. Unfortunately, the aforementioned bay marks the end of the area where the islands and beaches are regularly cleaned and where sailors have the opportunity of disposing waste in galvanized bins which are regularly emptied. We consider this to be an example to be followed by municipal services of all our islands, especially those in charge of southern coasts which are regularly affected by waste – especially plastic waste – brought by winds and currents as far as Albania.

A group of small islands named Vodnjaci is located on the utmost west end of Paklinski islands. Just as with Pokonji Dol on the east, the archipelago is guarded by the island of Vodnjan Veli on the west. Since it contains no drinking water, its name remains a mystery, but the island does have its own little "water attraction" – a small lake of sea water along its east coast, which will definitely inspire you for an unusual swim in the warm water. This whole area is called Palilo, it naturally has a more indented coastline and is the most beautiful part of the archipelago, resembling a deserted island. If you make your way here before the maestral wind, a "pit stop" and a swim in the crystal clear sea between the long capes are a must before heading towards Vis or Split. Vodnjaci islands are best known for its exotic wildlife, so divers are frequent guests here. Underwater rock formations are locally called kampaneli (meaning bell towers) because of the way they rise from the depths to the surface.

We will finish this tour of Pakleni islands with a visit to their northern side, where a number of beautiful bays – Čarnjeni, Duboka or Vlaka – represent oases where you can find peace even in time of high season. You can find two nice strands in Duboka, as well as remnants of limestone, located around the whole of Sv. Klement, but mostly by the sea, because at the time of lime kiln production, the transport was exclusively by ships. If you continue your way towards east, you will find Baba cliff and the entrance to ACI marina Palmižana, which offers a safe anchorage and all the “advantages of civilization” – which you can take a break from if you continue exploring the Paklinski islands outside of established routes and destinations.

We have a kind of a secret love affair with Pakleni Islands so we are amazingly joyful every time when there; we are somehow sure you will be too: they are irresistible, amazingly seductive in a magical kind of way.

When speaking about Hydros, one can only tell a love story. Like all great love stories, this one is also about a match of the impossible; a blend of trendy restaurants, beach clubs and jaunty yachts melded with contemplation in the nature, the buzzing of crickets infusing the summer breeze on the beaches.