Basina is located in the middle of the island of Hvar, that is, on it’s northern side, half way between Stari Grad and Jelsa. A kilometer give or take. The Basina cove, as well as the neighboring Mudri Dolac and Rosohotnica coves, are undoubtedly among the most beautiful, quiet and relaxing coves in the northern part of the island. Civilization – and by that we mean Stari Grad, Jelsa and Vrboska – is but several kilometers away and connected to the coves with an asphalted road. 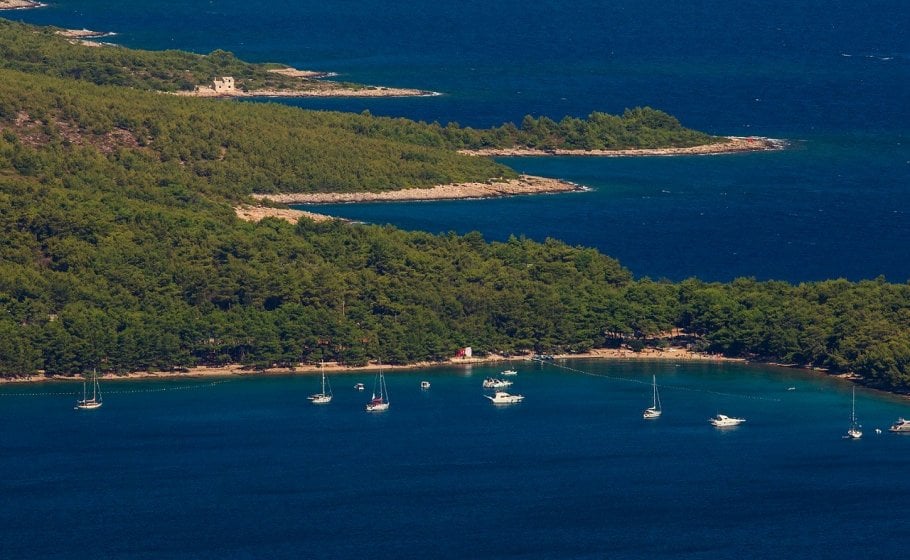 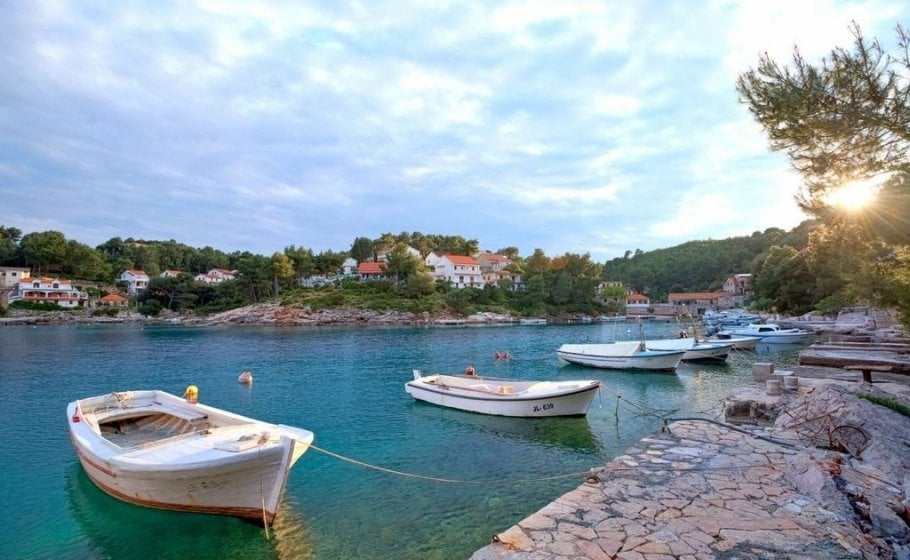 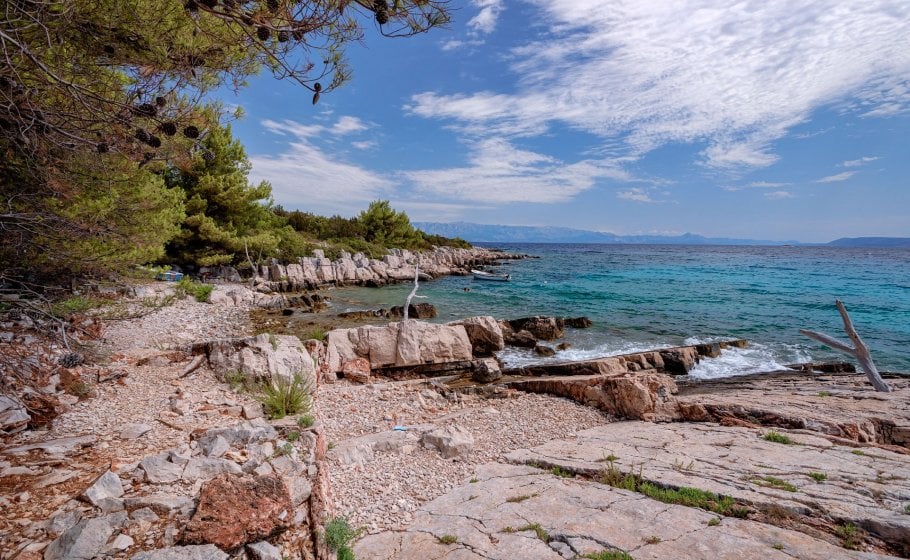 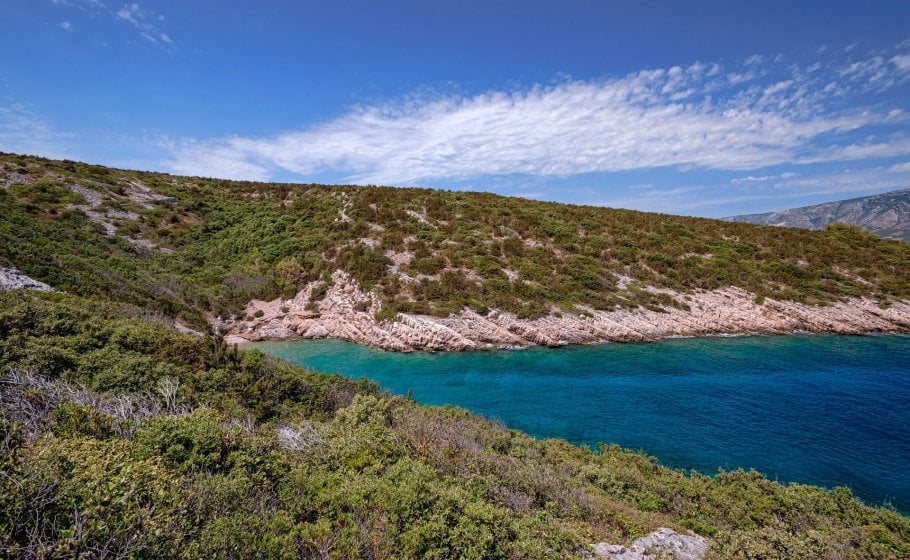 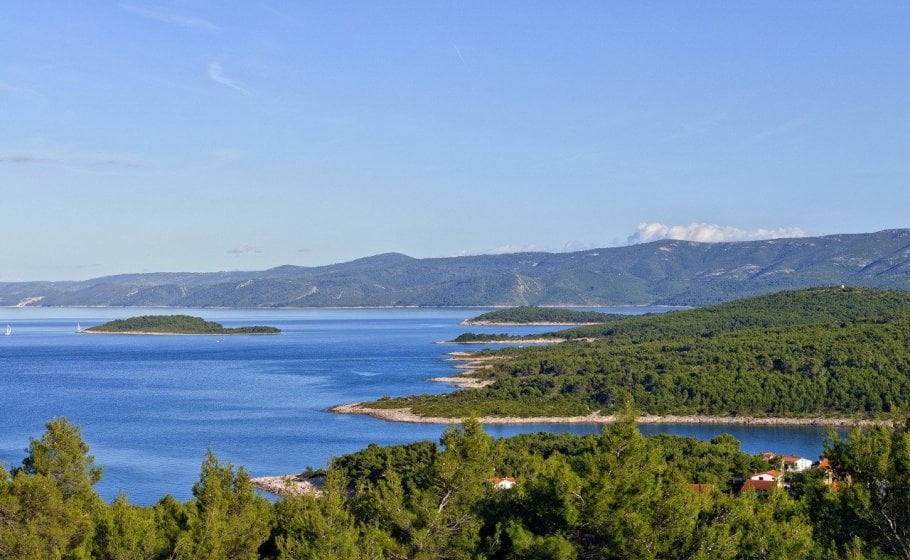 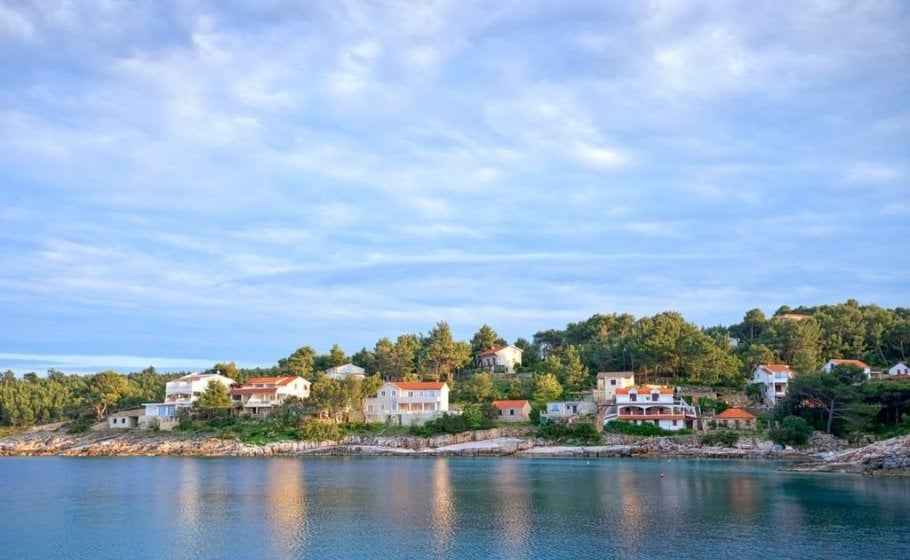 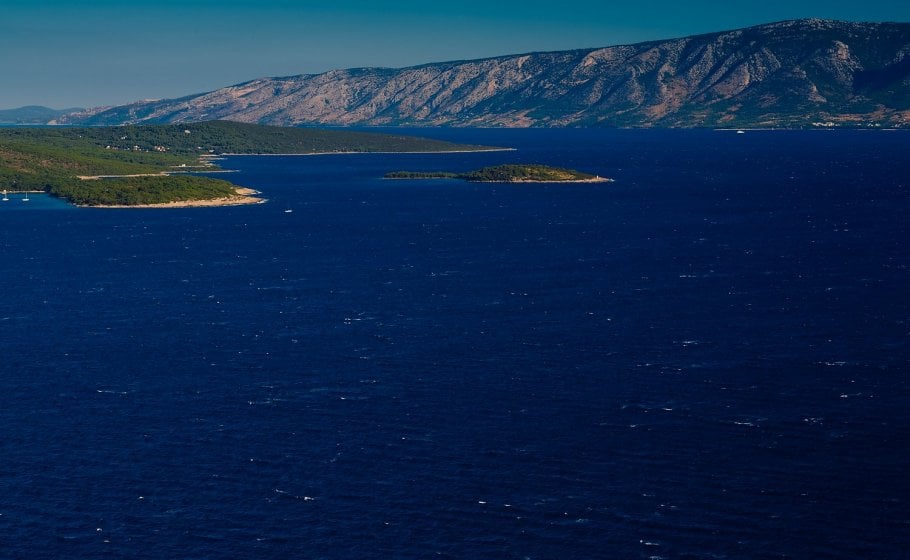 The little place of Basina is located in a protected cove with a view to the island of Brač. It is surrounded with a dense pine forest, oil groves, vineyards and lavender fields. The sea here is crystal clear and selflessly offers you its shells and fish. The same description applies to the neighboring Mudri Dolac. Considering the idyllic atmosphere we’ve portrayed, one could think that man had gotten to know this beauty in ages past and made it his own.

But, surprisingly enough, that is not the case.

The history of Basina doesn’t hark back to ancient times. The people of the rich village of Vrbanj, who had already been involved in shipbuilding, decided to expand their business to fishing in the 15th century. Since Vrbanj is located in the central part of the island, they needed a harbor, so the valiant inhabitants built themselves a port. This port developed into the picturesque Vrboska, which later surpassed the domicile locality in its size and number of inhabitants. Vrboska thus separated from Vrbanj in the 19th century, and the inhabitants of Vrbanj were once again forced to find a safe harbor for their sailboats.

And so they found Basina.

With its wind-protected cove, Basina was ideal for this demanding task. The people of Vrbanj soon realized that the cove was more than just a functional port, that it was ideal for out-of-town escapes from daily life and obligations. Those better off, ship owners and sailors, started building summer or country houses there. One of the more renowned seekers of pleasure in Basina was painter Jakov Bratanić, who engrained the spirit of this place in some of his works.

There are few examples of summerhouses from the turn of the 20th century left. Regretfully for us lovers of days past, architecture has changed, but the spirit of subdued hedonism still lingers.

As we’ve already mentioned, Basina is somewhere in the middle of the island, on its northern side. Basina in numbers: about 140 mostly summer vacation houses; 8 km to Stari Grad, 6 km to Jelsa, 4 km to Vrboska; 25 km to the town of Hvar, the much-touted tourist Mecca.

Basina is an excellent spot for surf aficionados, especially beginners. Swimming areas in Basina are mostly covered with nice smooth rocks, but there are several smaller pebble beaches and plenty of pine shade right next to the sea, which comes in handy if you have small kids or aren’t too keen on bright sunshine.

The place of Basina has a small grocery stand that is open only during summer. If you need to visit the post office, a bank, a pharmacy or the doctor, you’ll have to drive to Jelsa. The nearby Vrboska is a good spot if you wish to visit restaurants. We like tavern/winery Pinjata – if you want to enjoy authentic space, traditional food and good wine, Pinjata is the place to go.

Along with basking in the sun, sea and gastronomy - we suggest a walk or a ride through Ager, or more accurately Faroska Hora, to discover another side of Hvar. You can reach Basina from Stari Grad via an unpaved road that leads through Faroska Hora - Stari Grad Plain. The lot layout of the Stari Grad Plain is one of the masterpieces of Greek culture in the Mediterranean; as of 2008 it has been protected by UNESCO.

The Plain owes its beauty to the hard work of farm hands who had demarcated all the lots with numerous stone drywalls of different sizes: some are just wall fences dividing two estates, others are wide paths. Here you can find TRIM - circular field cots, smaller drywall sheds people used for keeping tools and as storm shelters. You can also visit the site of an ancient Roman villa rustica - Kupinovik. The Plain hides almost 120 archeological sites, from ancient history to the Middle Ages. It is a living cultural and historical monument and a nature reserve that hasn’t changes much from ancient times. It would be a shame not to explore it when it’s within your reach.

Everything has been said – now it’s up to you to decide!

Thalassa is a small gem among the villas of Hvar and the luxury it offers is invaluable – not only for its divine position but also for its amazingly styled interior, wonderful terraces that surround it, and the gorgeous foliage it literally basks in. Pleasure at absolutely every moment is highly guaranteed.