The island of Hvar has many faces. The first one that comes up when you hear about the island is the glamorous, trendy one: lights, yachts, pricey fish restaurants, over-the-top parties… The town of Hvar absorbs most of this offer. Apart from this one, Hvar has another face as well, a less intensive version of vacationing in small places such as Stari Grad, Vrboska, and Jelsa. But that is not everything the island has to offer. There’s also its third face, the natural one, make-up free, the one that offers peace, quiet, tranquillity, meditation... the so-called Hvar zen. This third face is reserved for true seekers – those that want to get to know the island in its true nature, feel its ethos. 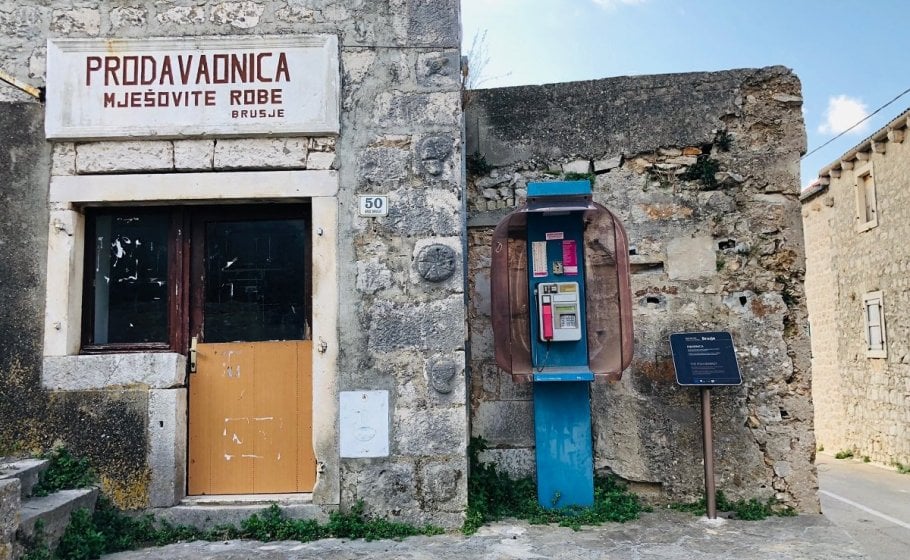 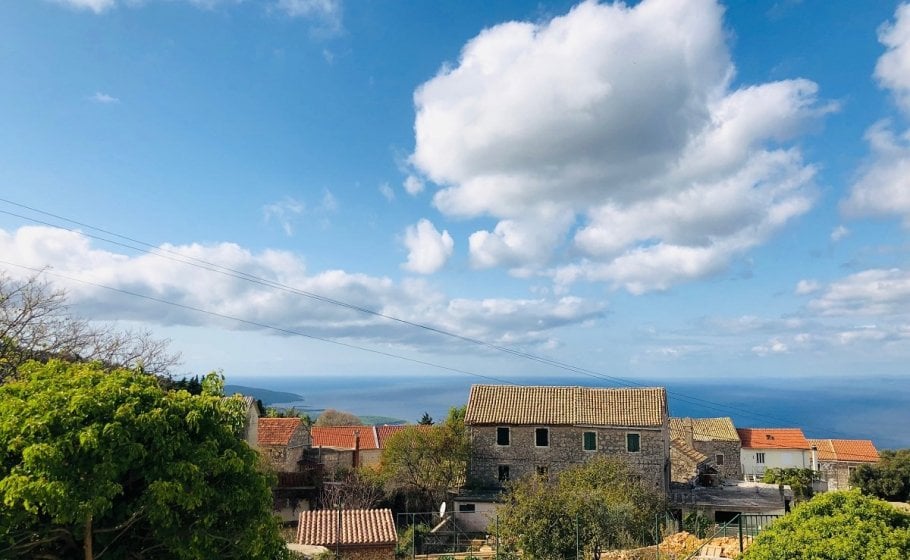 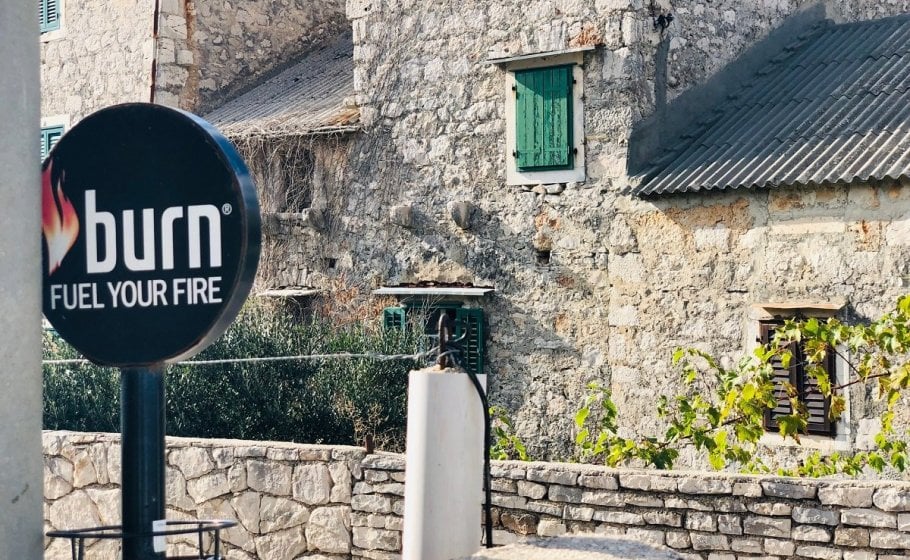 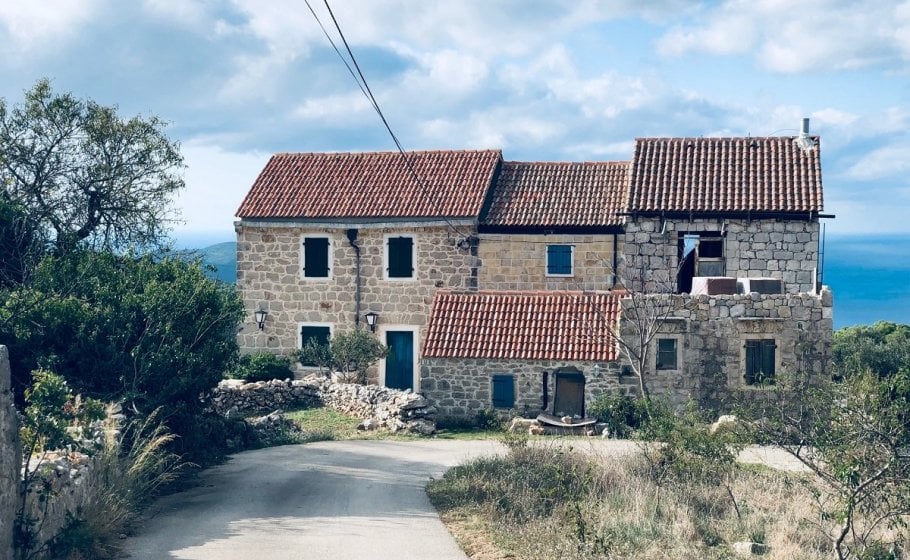 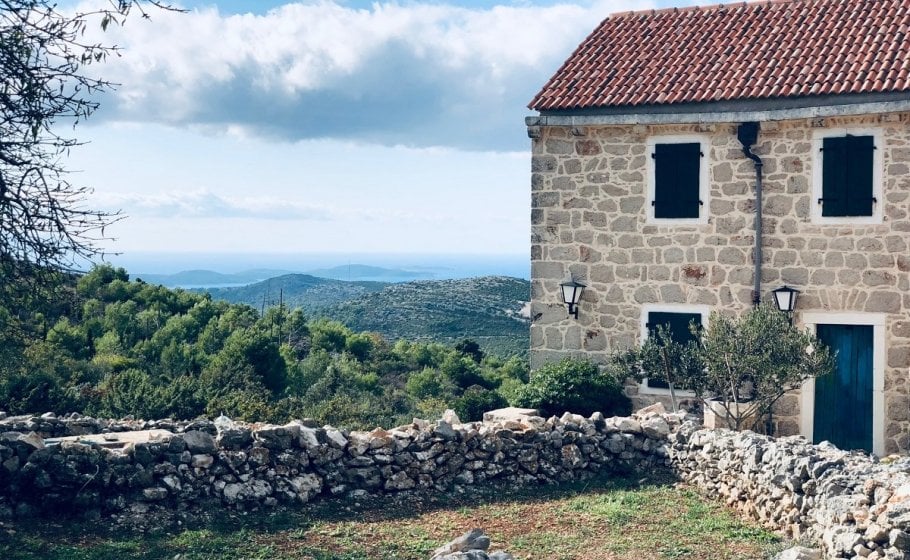 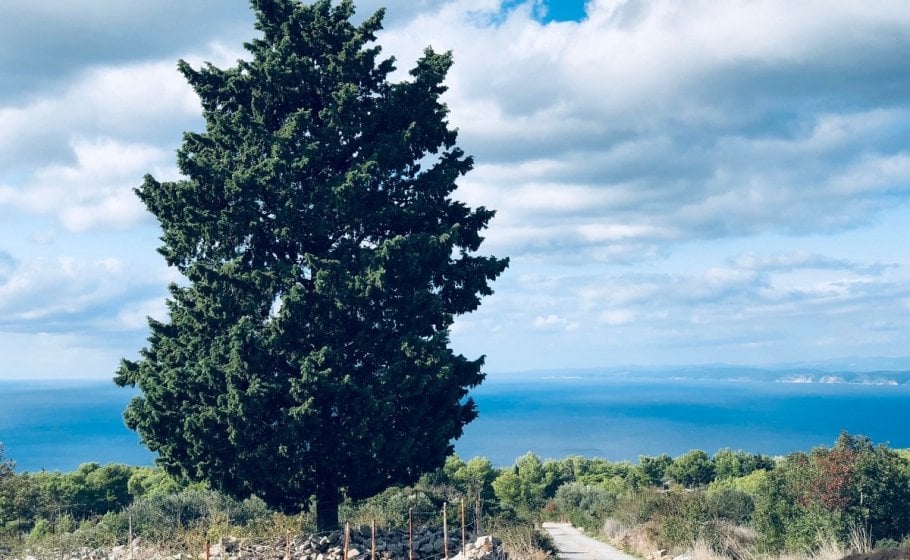 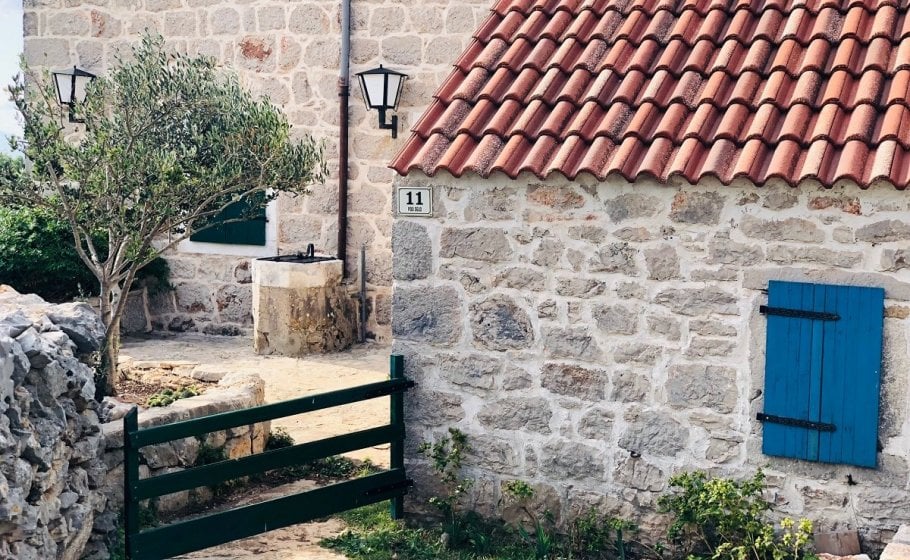 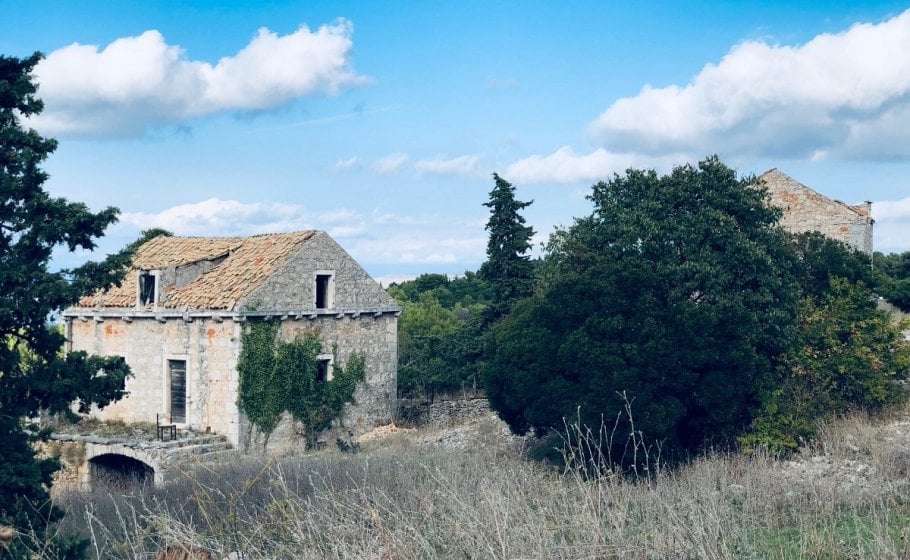 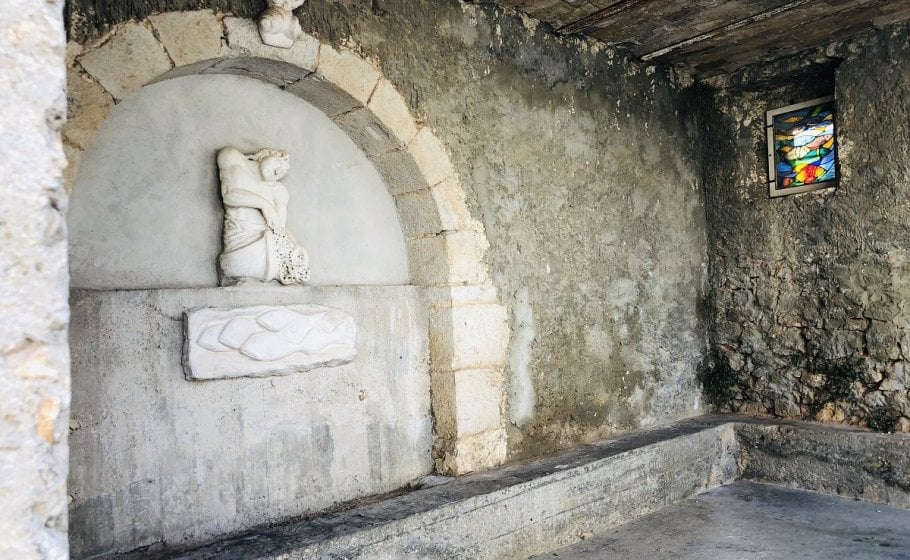 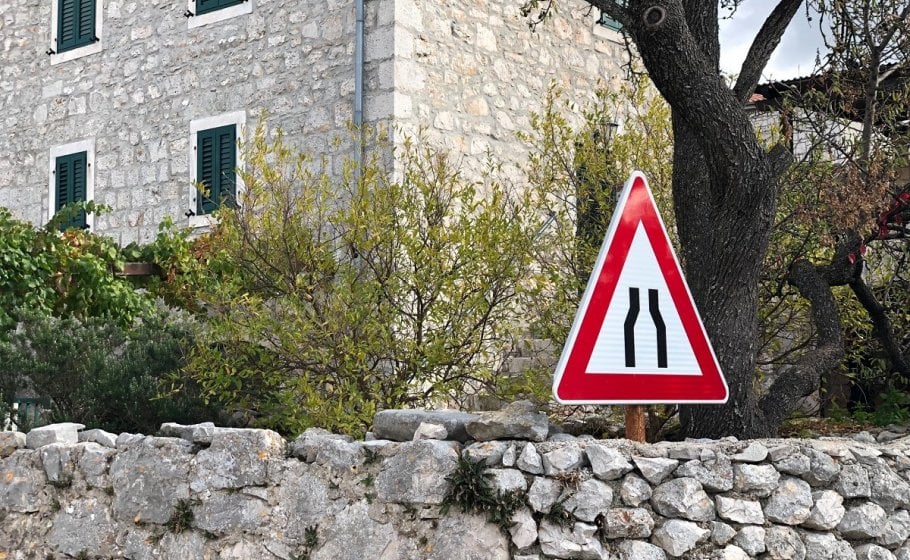 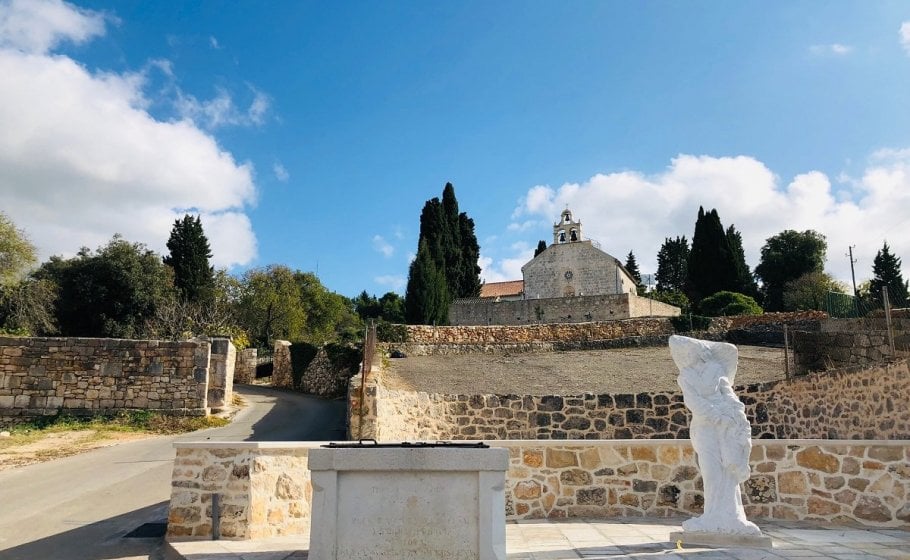 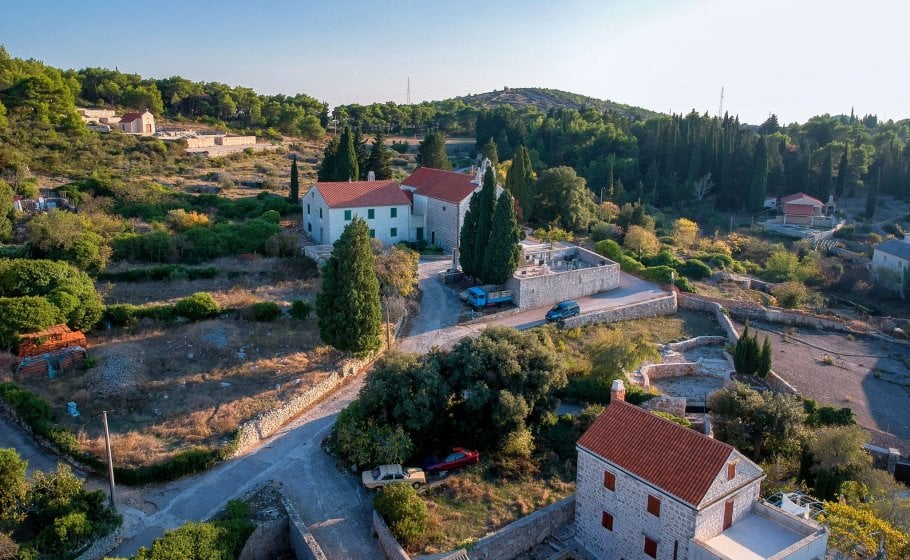 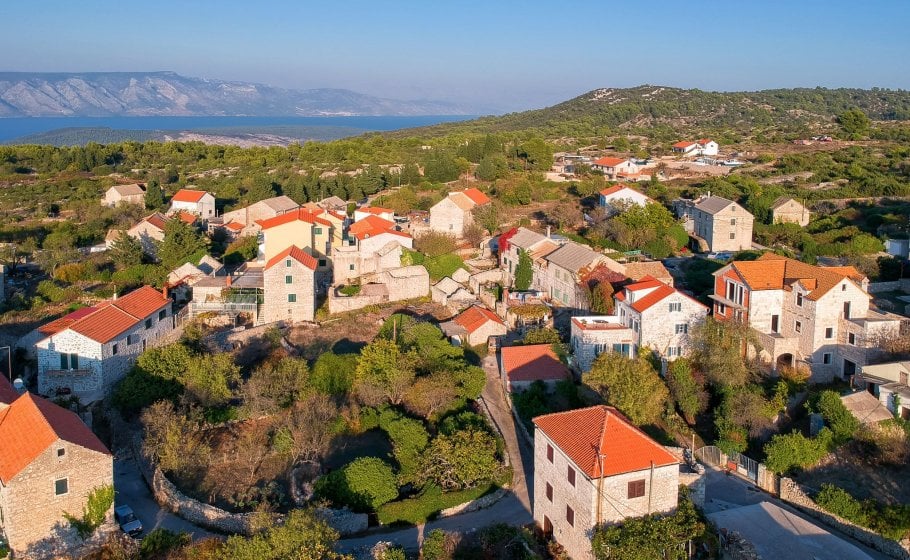 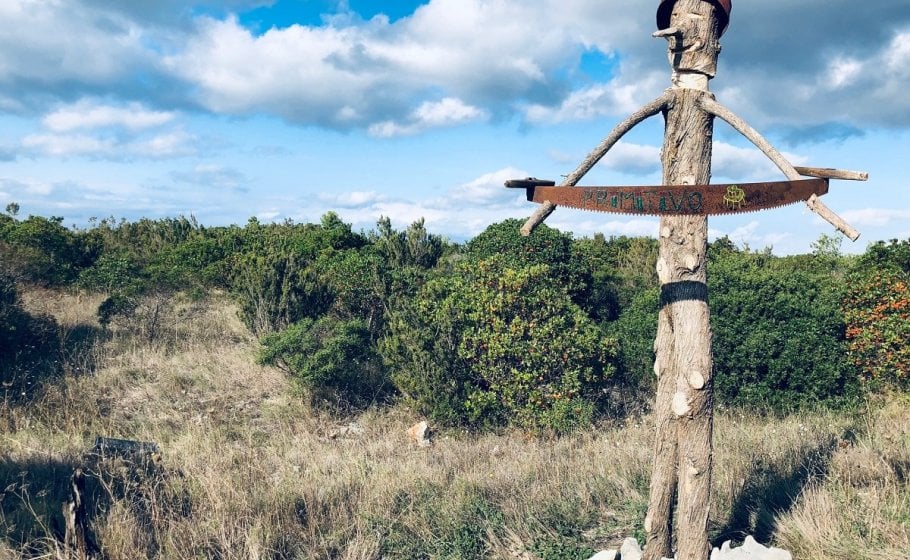 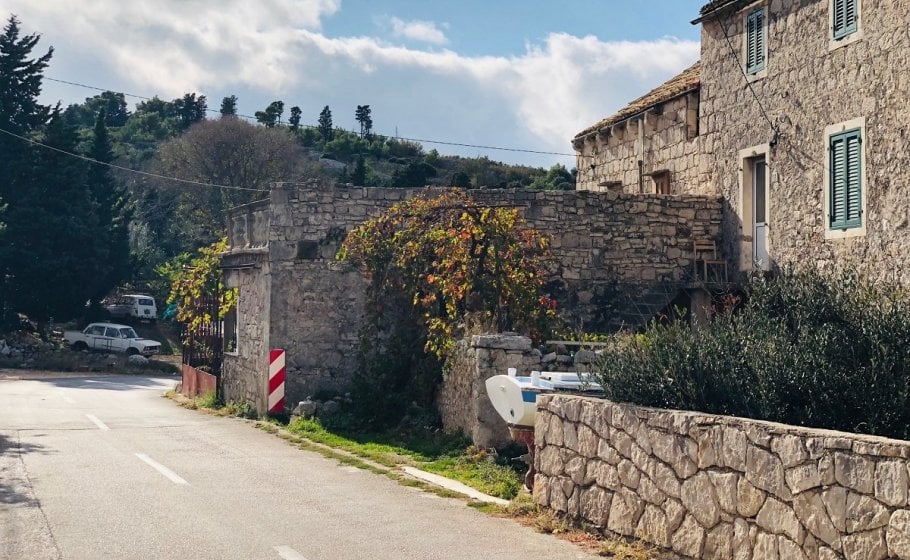 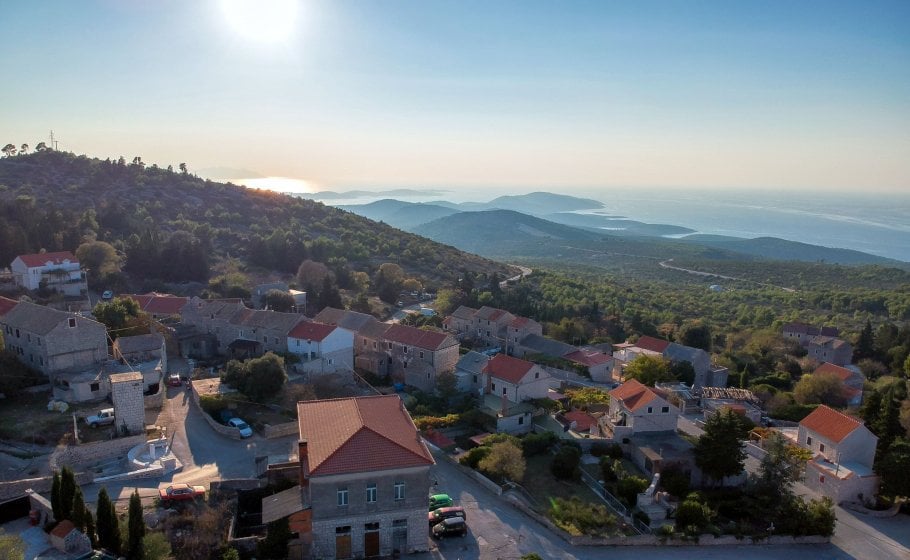 The island had been here before anything else. People used to live here, respecting the harmony with the surrounding nature, and nature gave back with its mild climate and the gifts of land and sea to nurture them. If you walk down the Hvar riva in early August trying to find a spot in one of the cafes and peacefully enjoy something as natural as a sunset, watching the world go by, you might find your effort quite challenging. The atmosphere is hectic since everyone is trying to do the same thing and engaging hawk-like skills to spot an empty table. Once you manage to find it, the buzz of people around you obliterates all the natural predispositions of your location promising peace / quiet / serenity due to your own existence at a perfect place.

And then there are the little places, the once with a completely opposite energy, such as Brusje. If Hvar is a Formula 1 driver in the 18th round at Monza, Brusje is a Buddhist monk.

Not so long ago, when I was a kid, there was a bus that took the "old road" connecting Stari Grad and Hvar, a somewhat longer and narrower one than the "new" one that has a tunnel. From Stari Grad, the old road ascends up a hill to a high point, after which it slides along its spine. You are surrounded by fields, carefully tended and separated with the so-called "gomile" or "gromače", that is dry stone walls. These structures were built without mortar to hold the stones in place. Instead they were stacked and and fit snugly together like puzzle pieces. All of them were covered in purple in June and early July about 30 years ago. Now you can see only a glimpse of the lavender from times past. On your right, you’ll see the island of Brač, and to your left, you’ll see Vis floating in the distance. Once you get to Brusje, be ready to go out since you’re a minute or two away from Hvar. And Brusje never changes. Over three decades have seen only minimal changes.

Once you enter the village, you’ll see groups of huddled stone houses and roofs covered in a type of tile used in the Mediterranean since the Roman days. Regarding architecture, the village has preserved its authentic, traditional Mediterranean feel, which is so rare and so valuable. The rows of residential and farming houses with gardens surrounded with dry stone walls, single storey outhouses and traditional stone water cisterns make a unique working and living space.

While in Brusje you can visit historical landmarks as the Macirovo retreat house, the cooperative building, the parish church of St. George, the local general store and fish market, the school and the cemetary. Brusje is one of the ethno-eco villages on Hvar island; its rural environment is a cultural heritage of the Republic of Croatia.

Unfortunately, beauty was not enough to keep the villagers in Brusje: today it has about 150 inhabitants, whereas over 1000 people lived here in early 20th century.

The area of Brusje has been inhabited since the mid 15th century, while the earliest written information on Brusje village being an Austrian cadastral map of 1834. The first inhabitants of Brusje dealt with cattle breeding till 18th century; in the summer, shepherds would move their cattle to higher areas for better grazing. In Brusje, there are remnants of two summer castles dating from that time. It may not have been the first reason to build here, but it is definitely not the last: the view that extends from Brusje towards Brač, Šolta, and Pakleni Islands is a special kind of beautiful.

From 18th century people who lived here were mostly farmers: they grew grapevine, olives, and rosemary to make essential oils – the famous "Quintessenza". After World War I, peronospora decimated the grapevine fields, which endangered the livelihood of the people. A great many of them moved, and most of the people of Brusje moved to California and Germany. The other villagers turned to growing lavender, the newly found savior. The first to grow lavender on the island were the people of Velo Grablje, one of the three villages along the "old road" (Selca, Velo Grablje, Brusje) that share almost the same destiny.

The lavender grown here was a hybrid of real lavender and wide-leaved lavender called "budrovka". It is an amazing pain killer and quite popular in the pharmaceutical industry. After WWI until the end of the 1980s, the island of Hvar manufactured 10% of the total production of essential lavender oil, and lavender grew remarkably at the island due to mild climate. Lavender growing was a lucrative business and families that grew lavender started buying houses and apartments around Hvar and slowly turning towards tourism, which brought easier and greater money. The great fires that devastated the island in late 1980s and during the 1990s reduced the lavender business to a tenth of the volume before the fire. Lavender, which once brought food to the table and which wrapped the entire island in its scent, fell victim before the surge of tourism.

Today, the lavender business is run by enthusiastic individuals, mainly in the village of Velo Grablje, who wish to preserve memory of the time when entire families worked on processing intoxicating purple flowers. If you happen to visit the island during lavender season, make sure to visit Velo Grablje; a group of young enthusiasts will gladly introduce you to the purple magic, the use of sickle – the traditional way of cutting lavender – and the distillation process.

The people of Brusje also maintain the tradition of lavender growing on a smaller scale. When you visit, make sure to try local honey, wine, and olive oil that the locals sell.

Brusje is also a great destination for cycling enthusiasts. Considering the fact that it is located along the "old road", you can choose between more difficult routs with ascents and descents to Stari Grad, Hvar, Selca, Velo Grablje or one of the Brusje coves, or the easier route to Vidikovac – there you’ll find a restaurant with one of the most beautiful views on the island, famous for lamb and peka, one of the most popular meals in Dalmatia.

If you’re not the cycling type, you can consult us about renting a car and enjoy a panoramic drive along the "old road" or the privacy of perfect turquoise pebble beaches – Zastupac, Lozna, Jagodna, Stiniva, and Sviračina – coves once owned by the families of Brusje.

Let me now take you back to the "old road". Apart from a magical quality that brings me back to a more innocent time, this road is truly a keeper of some island symbols that the fickle human memory would easily forget had man not tread his own path to get there. Apart from preventing three villages – Selca, Velo Grablje, and Brusje – from falling into oblivion, the road takes us to another ancient inhabitant of the island – the Pinus dalmatica. This old gentleman can be seen only on the peaks of Hvar and Brač, with several trees in Korčula as well. Man and fires have made sure that this little corner of the world is enough for him.

Our Dalmatian pine was one of the first things the Greeks noticed on their first quests to our island; in the first travel logs of the ancient Greek, the island is referred to as Pityeia or the Pine Island. It was only after the Greek colonization of the location that is now Stari Grad that the island was named Pharos. You’ll recognize the pine easily – it has a flat tree top, like an umbrella, and short, hard, dark-green needles.

Brusje is a rest for the soul. Peace and tranquillity emanate from every stone in every wall and from the serene inhabitants. And it’s contagious! When you’re there, don’t be a tourist, blend in. The only thing is you’ll want to come back – soon.