Once the ferry reaches the port, Stari Grad starts to reveal its town sites. Slowly and shyly the view of the modest bell tower and part of the waterfront opens up to the spectator. Some random traveler who arrives there without prior knowledge of the place could quickly come to the conclusion that Stari Grad is just this little provincial town bypassed by all the important historic events - a place where life flow is slow and has been like that throughout the centuries. 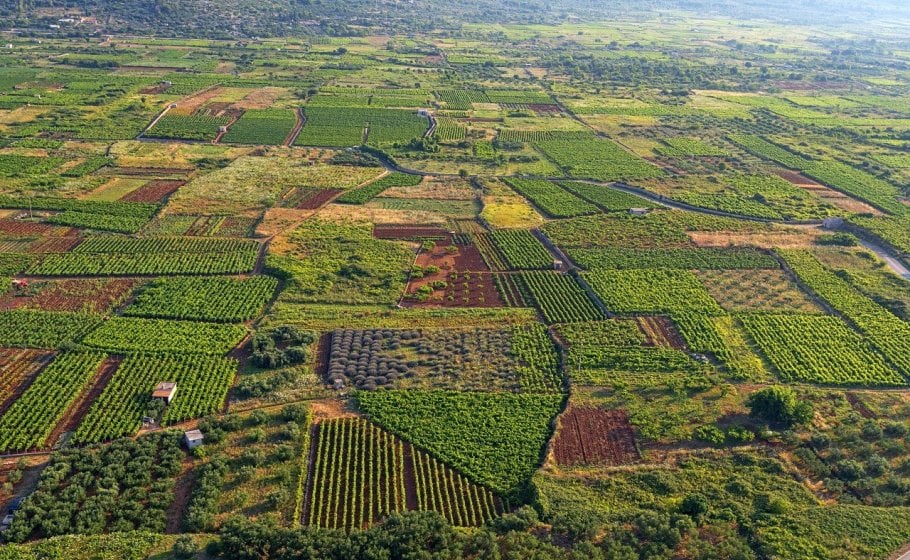 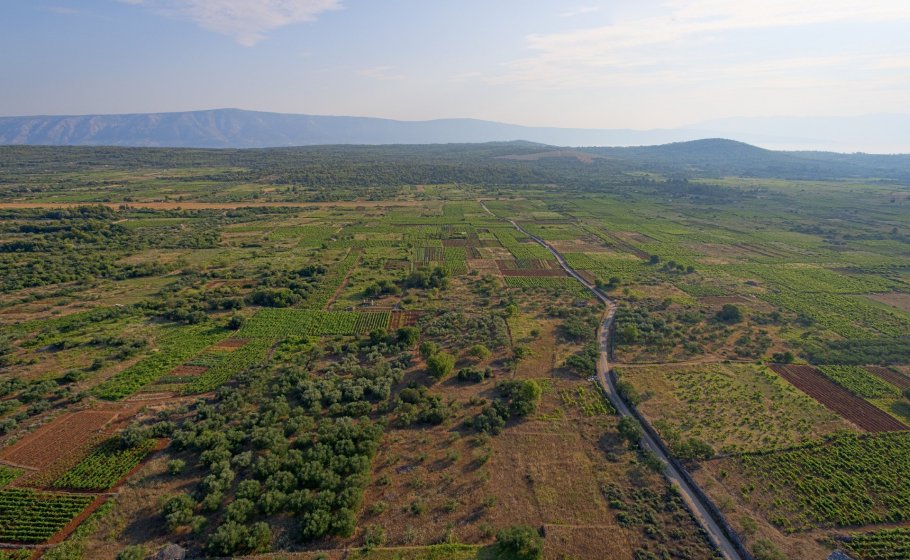 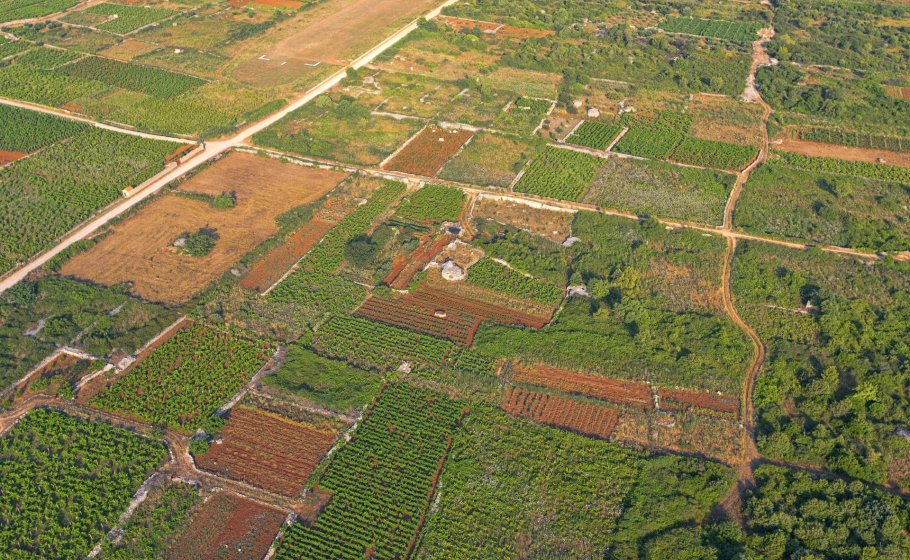 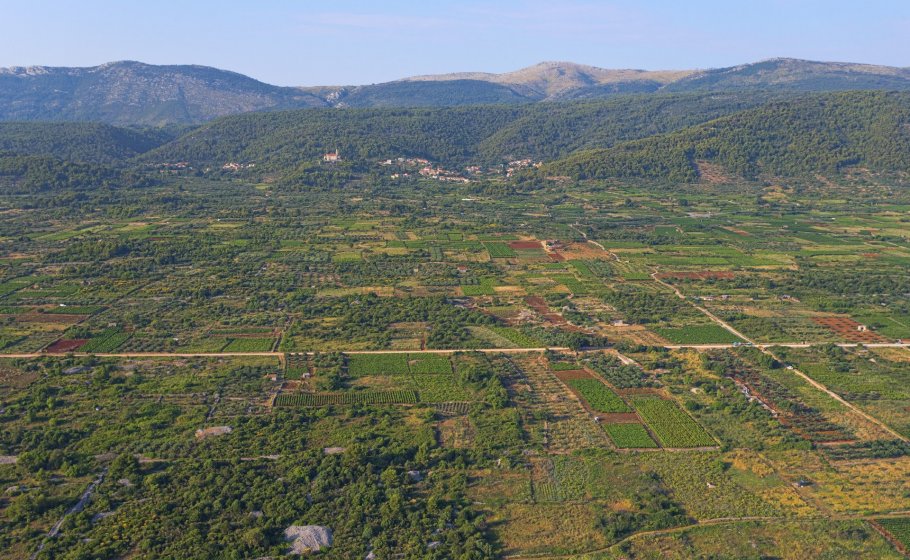 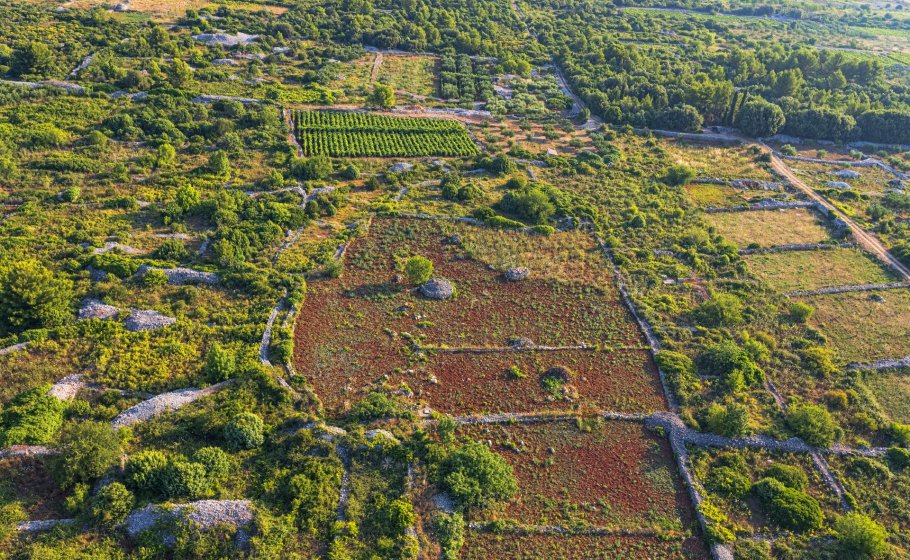 Such a traveler might not even wonder if there is more to it since Stari Grad does seem rather simple, rustic and wild grown – just like the caper bushes in that area are.

We would love to draw your attention to the greatest historical and cultural attraction on the entire island – a 2400 years old Stari Grad Plain.

History of the Plain is inseparable from the history of the town, and the textbook info would say something like this:

Old Greeks from the island of Paros in the Aegean Sea arrived to this area in 384 BC. Immediately upon the arrival they concluded the location has great potential and decided to build a polis there.

In addition to the great tourist prospective (just kidding, of course), the Greeks certainly were content with this vast, fertile and arable land positioned conveniently in the hinterland of the harbor.

Those 8 hectares of land became what is today known as HORA or AGER (“Ager Pharensis” in Roman times, or “Chora Pharou” at the time of the Greeks), and is the largest of all such plains on the Adriatic islands.

And now you probably wonder:  Um, yeah, nice… but what exactly is HORA?

Well, the main parts of the Greek polis (city-state) are ASTI (town center) and HORA (the agricultural area of the polis).

Hora was of paramount importance to the polis since agriculture was the primary economic branch for Greeks of the time.

It is assumed that polis encompassed not only all of today’s villages located on the edges of the Plain (Dol, Vrbanj, Svirče) but also the present-day town of Jelsa and Pitve village.

The most important thing to think about when forming such polis was the division of agricultural land among the colonists.

The division of the terrain was determined by geometrical principles and the same distribution network exists to this day, which makes Stari Grad Plain the best-preserved Greek subdivision of the land in the entire Mediterranean. The dry stonewall that divides the parcels was restored many times throughout 24 long centuries, but always respecting the original division.

The same crops that were cultivated all those centuries ago (primarily olive trees and vines) are cultivated even to this day.

This quality was recognized by the UNESCO and in the year 2008. Stari Grad Plain was given World Heritage Status.

The Geographical Position of the Plain

Several small villages – Humac, Raštik and Maslinovik are located on the northern edge of the Plain. Those places had various purposes depending on the season. During spring people would hoe the vineyards there; in the summertime they were used for cattle grazing and in the autumn for harvesting grapes and olives.

The architecture in those places also served the purpose: the houses are usually one-story with konoba on the ground floor and rooms on the first floor (you can read more about konoba under Village of Vrbanj section). Each floor had a separate entrance – to reach the housing area you had to climb the outside staircase and walk across the open terrace called sular, while the entrance of konoba was under the sular.

Around such houses there were several bungalows – one of them often used by a few different households for baking bread and others were usually stables for donkeys and goats.

The annual life cycle of the Plain starts in February when wine is cultivated. Some more demanding tasks related to wine is grape picking in September and the process of turning grape must into wine that is done in October. Once the grapes are taken care of there comes the olive harvest in November.

In addition to the agricultural tasks, locals have another significant event that is, in many ways, linked to the Plain. It is “Za Križen” or “Following the Cross” procession that starts on the evening of Maundy Thursday and continues through the early hours of Good Friday. The local residents of all six surrounding places (Vrbanj, Vrboska, Jelsa, Pitve, Vrisnik, Svirče) participate in the all-night event and are led by the cross bearer.

The procession is more than 5 centuries long tradition and is a powerful expression of cultural and religious identity of the local population. In the year 2009, it was recognized by UNESCO and placed on the List of European Intangible Cultural Heritage.

Nowadays you can explore Stari Grad Plain - a cultural, environmental and historical monument - in several ways. For those that are in good physical shape we recommend walking or biking through the Plain. If you are limited by time it is convenient to take a car ride through it, but the best way to experience and truly understand Stari grad Plain and all the geometric principles we mentioned before is by flying over it. In the center of the Plain there is a small airport from where you can take a panoramic flight. It is necessary to make prior arrangements for a flight and our agents can help you with that.

If you, however, choose to take a poetic stroll or a bike ride through it, be sure you pay attention to the field huts called trim – rather peculiar structures of circular layout, built in drywall construction technique. The only way to enter those structures is if you stoop down and crawl in through the little doors. The purpose of these charming huts is quite obvious actually. People used them as a hideout places in case a surprise storm caught them while working in the field. It is virtually impossible to figure out when exactly those structures were built since their shape and construction techniques haven’t changed from the Neolithic.

Well, we are sure of one thing now - no way you’ll be one of those ignorant passengers from the beginning of this story.

The fairy tail estate which houses the Chronos cottage is surrounded with Mediterranean flora worthy of a movie setting. Chronos is far from the town buzz yet so close to the modern lifestyle. Actually, people who stay here very quickly lose interest in the charms of the outside world...