Until the 15th century, the economy of today’s villages of Vrbanj, Svirče, Vrisnik and Pitve had been based on agriculture. Around that time, the fishing industry became very lucrative, so the people of these villages decided to establish harbors that were essential for this industry. And that is how Vrboska came to life. 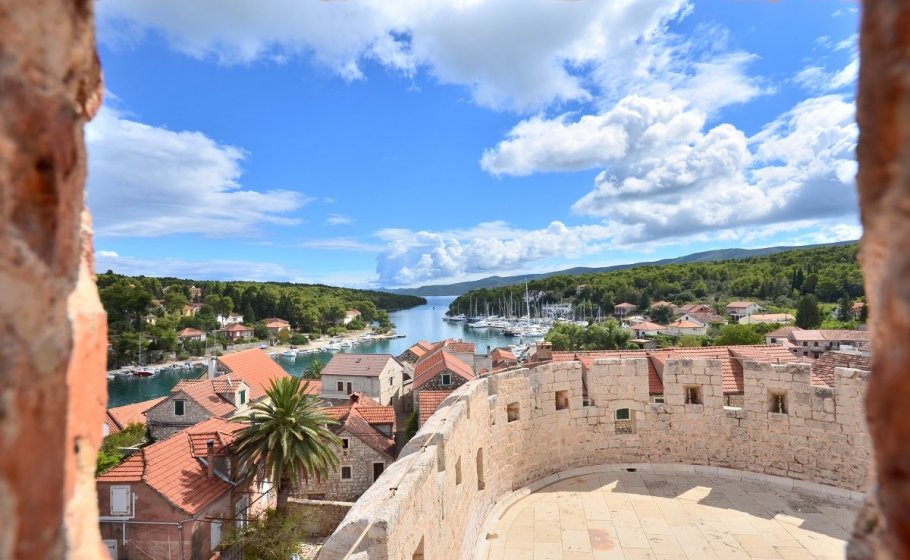 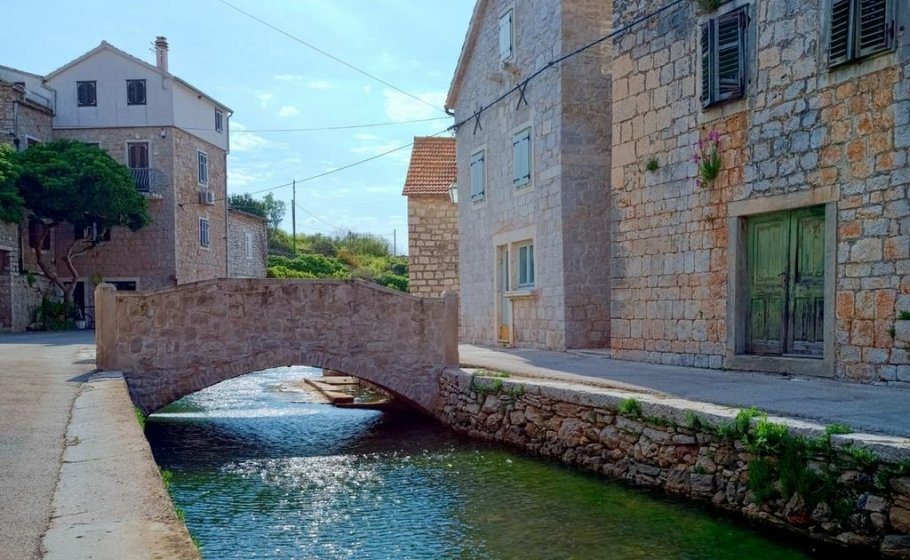 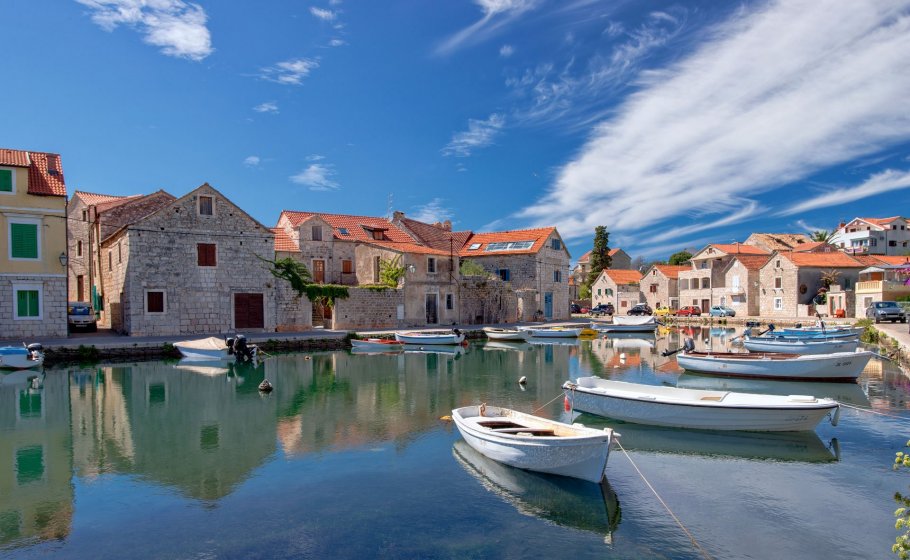 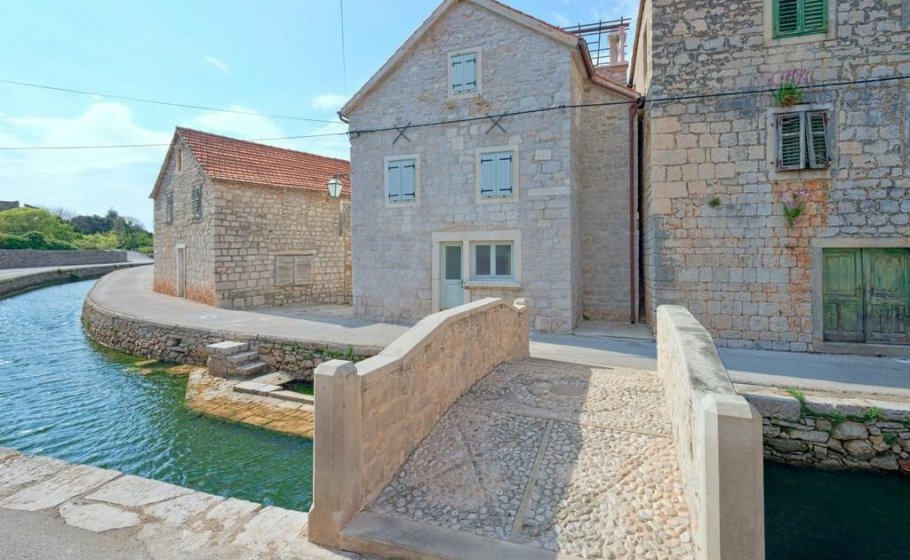 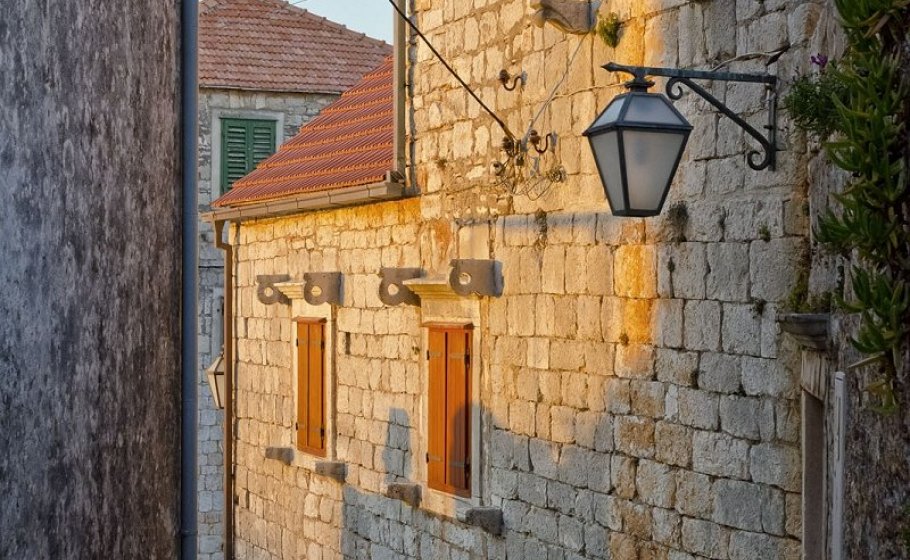 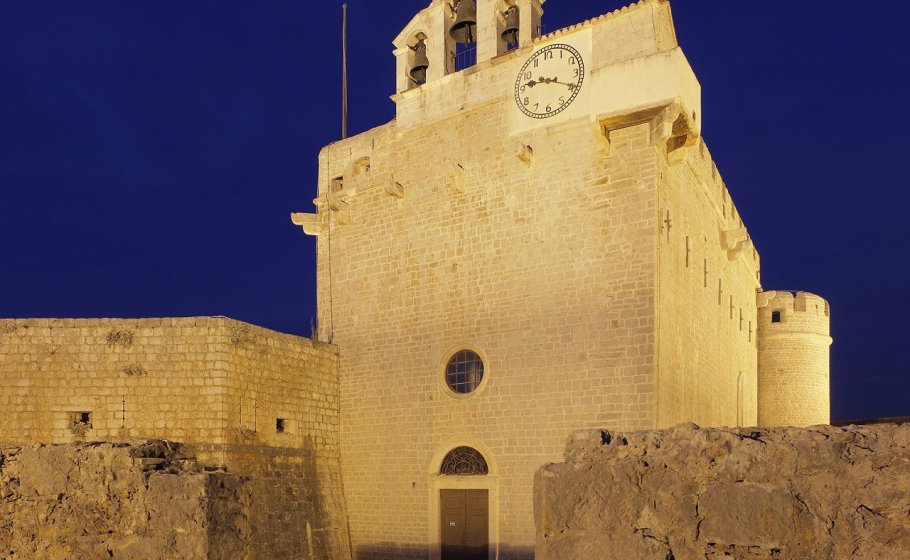 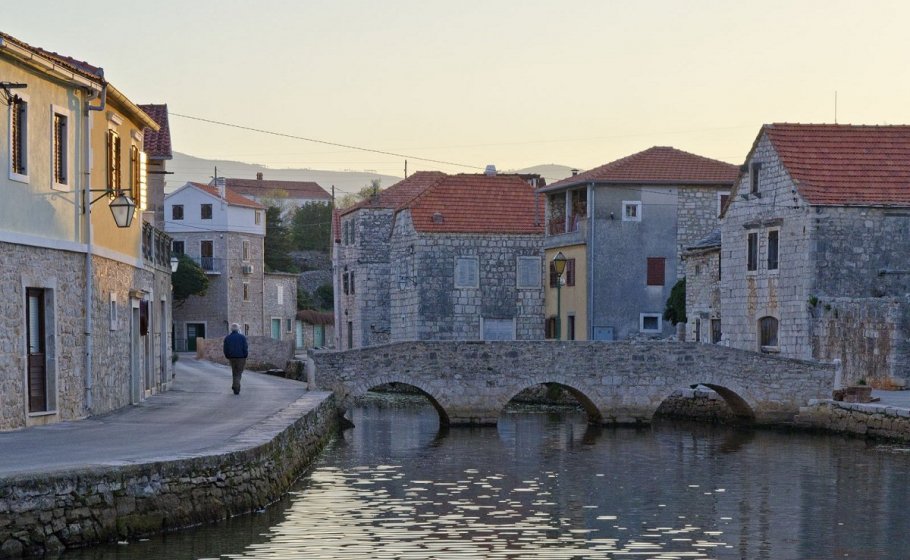 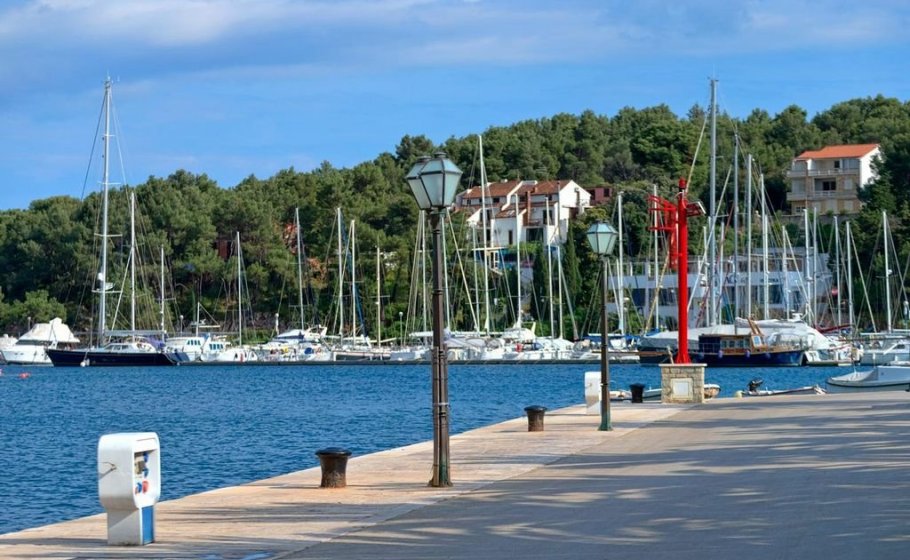 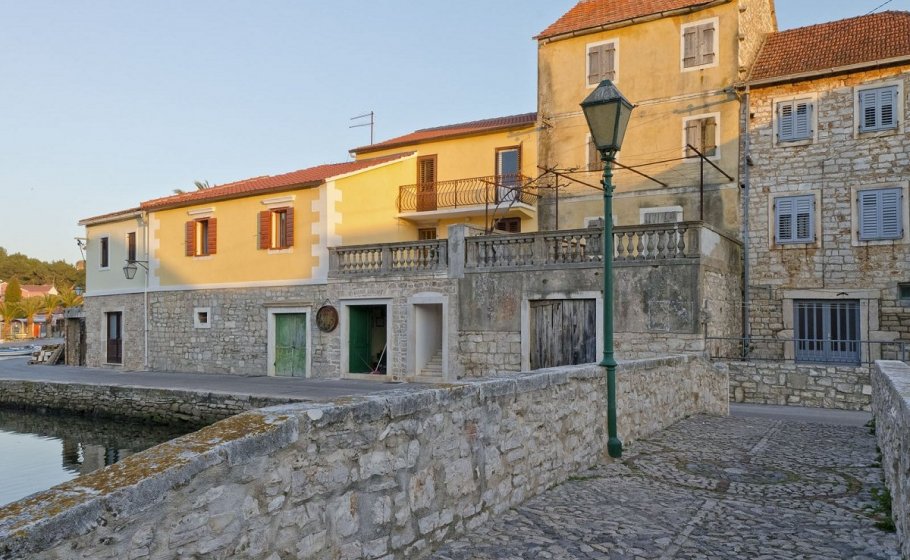 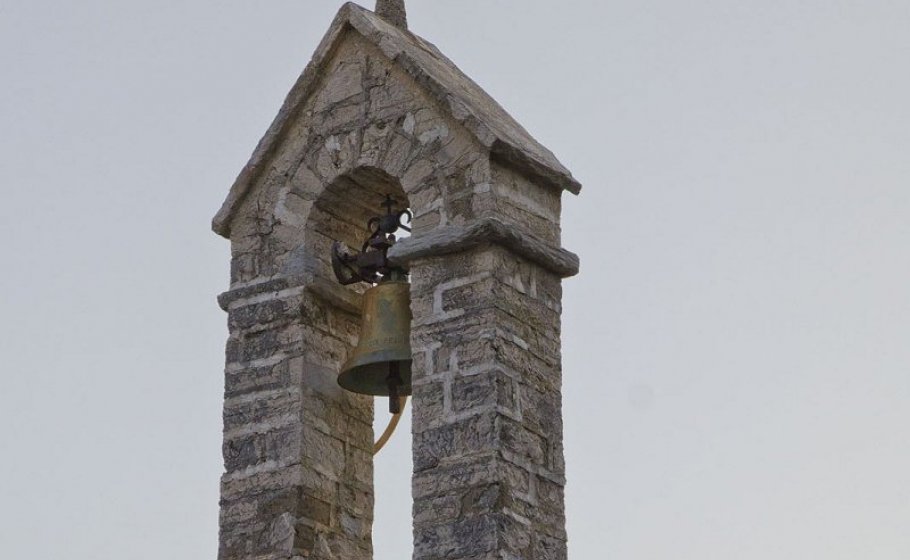 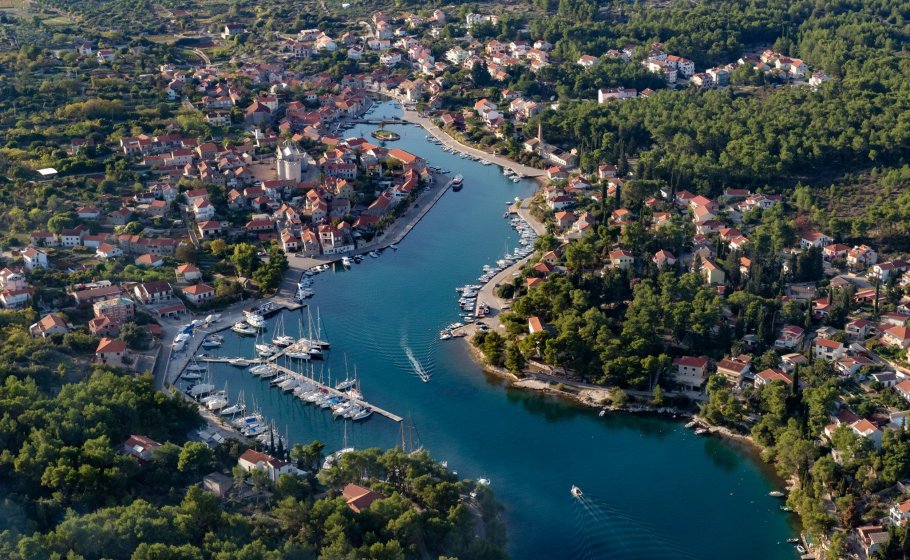 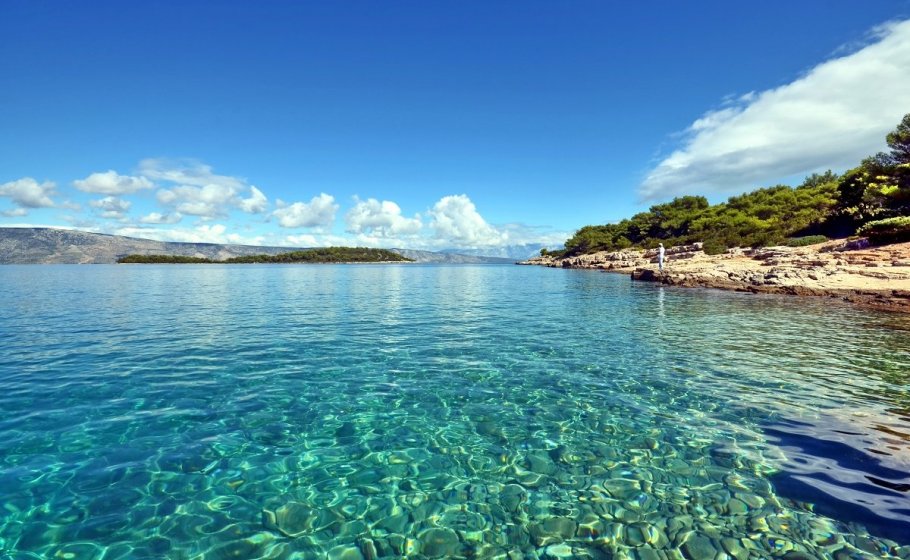 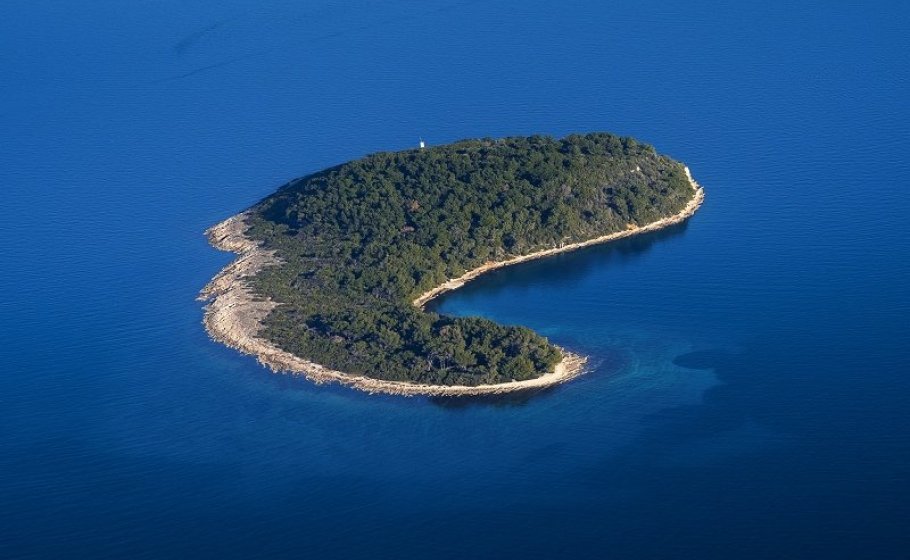 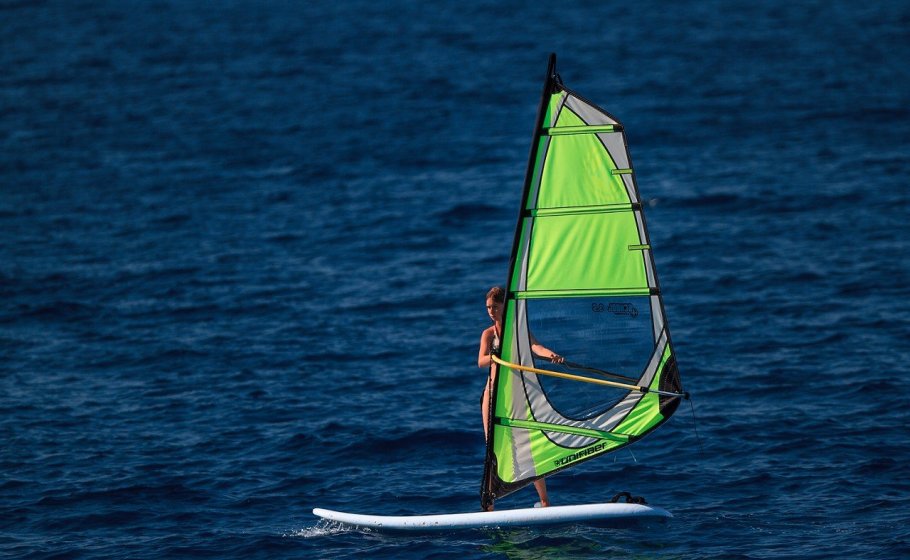 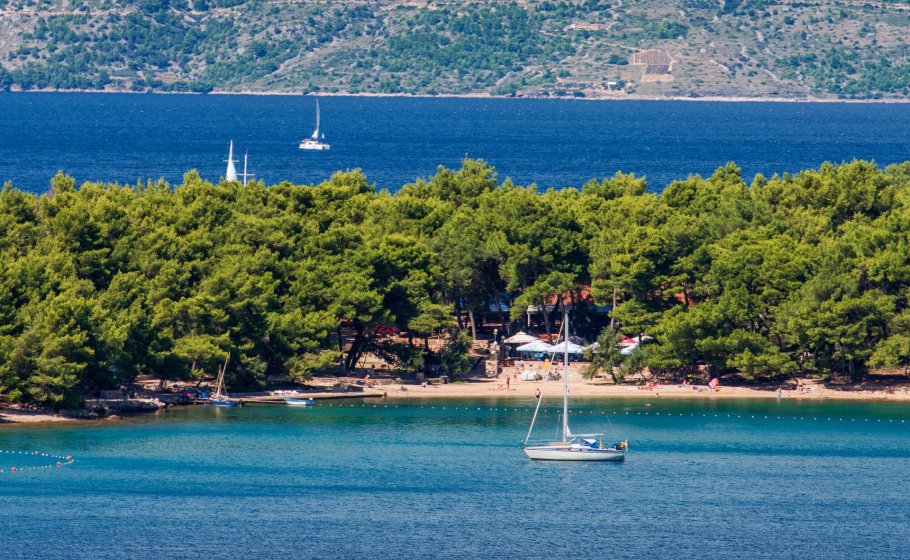 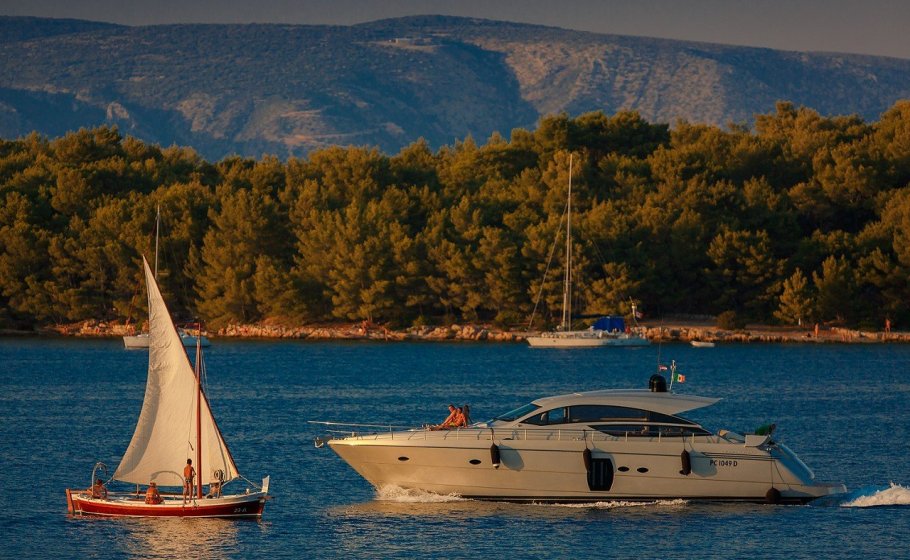 But it wasn’t the people of Vrbanj, the founders of Vrboska, who first recognized the importance of this harbor, perfectly protected from all winds, with extraordinary agricultural potential of the fertile fields of Stari Grad in its hinterland. It would have been quite odd if old crafty Romans hadn’t recognized these benefits. Lots of antique ceramics were found in the Vrboska area, and we know for a fact that several villas rusticas were located in the field surrounding the Vrboska harbor. The biggest of the villas had continuously been inhabited from the 2nd to the 6th century.

Vrboska has formed into one of the safest harbors in the Adriatic, 1.5 nautical miles long and reminiscent of a fjord. The old town core is located on the southern side of the cove. Today, Vrboska is "the smallest town on the island" with about 500 souls.

Some will call it "Little Venice" because of the bridges that cross the canal running through the town. A lovely name that, unfortunately, draws attention away from the fantastic substance of Vrboska to its gentle and romantic surface. We find such comparisons superfluous: Vrboska has its own authentic stories with big-screen material. If someone decides to make some of the stories into a film, our favorite would be the feud of two brotherhoods. But we’ll get to that later.

So we’ve explained the role of the domicile village of Vrbanj in the founding of Vrboska. The settlers were in the fishing business and quite successful at it: they salted fish and sold it in Venice and other parts of the Venetian Republic. There was a lot of money in it and, as it usually goes, it was followed by thriving culture.

The two most important architectural landmarks and witnesses to the wellbeing of Vrboska are the Fortress Church of St. Mary of Mercy and the Church of St. Lawrence.

A few words about the fortress church dedicated to St. Mary. There was a smaller church of the same name where this one stands today and it was built by the settled people of Vrboska. Due to the frequent attacks of the Turks and Venetian raids, the people of Vrboska decided to build a fortress. In 1571, after one of the Turkish raids in which Vrboska burned to the ground, the building of the church in its present form commenced and lasted until 1579. The church is relatively small, enclosed with thick walls and a defense crown on top. In front of the façade there is a stone, pointed bastion with smooth, slated walls. At the same time, observation post “Kaštilac” was built on the northern side of the cove. One was able to monitor the entire Hvar Channel and notify the people of Vrboska in time: in case of a raid, fire would light up in the observation post, and all the people would have time to hide in the fortress church. Pretty cool, right?

And now for the film part.

In the 16th century, the settlers from Vrbanj split into two brotherhoods. One brotherhood consisted of those who wanted to remain within the domicile Vrbanj and have a minister from Vrbanj hold masses. They gathered in the fortress church. The other ones, the “rebels”, were those who wanted Vrboska to gain autonomy from Vrbanj. They built their own church, the Church of St. Lawrence, only a few steps away from the fortress church. The Church of St. Lawrence in its original size was somewhat smaller and narrower than it is today, and the changes to its size can be seen on its façade. The church owes its present shape to the age of baroque.

But let’s get back to the brotherhoods... The feud of the two brotherhoods became fiercer as time went by. They each claimed greater jurisdiction and greater privileges, and in their struggle managed to bring sorrow to the Lord himself: in 1614, the Holy Cross wept. This event is solemnly celebrated even today - this votive holiday is known as March Friday, celebrated on the first Friday in March.

If you ask us, it’s an epic tale. If you wish your film to attain commercial success, add a girl and a boy passionately in love, but living on opposing sides. Blockbuster guaranteed.

The Church of St. Lawrence holds invaluable art, which, ironically enough, in part belonged to the fortress church. The art was moved because of the devastating damp that had struck the fortress church. Not to praise the artwork there, we will mention only Veronese and Bassano. Sapienti sat or enough for the wise.

We will skip a few centuries, which doesn’t mean we don’t know what happened then. Au contraire!

At the beginning of the 20th century, Vrboska was a prosperous agricultural and fishing town, with a sardine factory that employed as much as 200 workers, a shipyard for wooden ships, and a regular connection to Split and the island of Brač. There was a hotel, several fishing groups, a cultural community center and a medical clinic. It doesn’t hurt to mention that an oil works operated here from 1910 to 1930, where all the olives from northern Dalmatia were brought for processing. People say that the socialist planned economy hindered the progress of this charming town.

Today things are pretty much like this: the sardine factory doesn’t work, there are fewer fishermen by the day. It seems as if the opening of the Fisheries Museum in 1972 placed fishing in the realms of history. The oil works in Vrboska works no longer. The shipyard still does, but it doesn’t make ships. Vrboska has changed. In some ways, for the better. But we still nostalgically recall centuries past, when people were more modest, simpler. People today have turned to tourism and the hospitality industry. The liveliest part of Vrboska in the summer is definitely the ACI marina.

In the peaceful and relaxing Vrboska you will find quite many restaurants and cafes. We recommend you to check out a superb place called Pinjata, which is located in the very center of the town, near the Fortress Church of St. Mary of Mercy. The Tavern & Winery Pinjata is a beautifully decorated place with an authentic atmosphere of a traditional Dalmatian "konoba", where you can learn about the local varieties of grapes, try excellent local authentic wine and delicious food, such as the Dalmatian prosciutto, goat cheese in olive oil, fish pate, salted anchovies, etc.

People of Vrboska still do some agriculture, with the main cultures being olives and grapevine. You must try the fruit of the work of these hard-working, kind people. If you wish to explore the island of Hvar without a car, Vrboska is a good place to cast your anchor, both literally and metaphorically. From here you can take a stroll or ride a bike through the Antique Land to Stari Grad; there’s also an asphalted road that leads through Vitarnja to Jelsa along the sea, and Vrbanj and Svirče are nearby as well. Apart from that, Vrboska has many lovely beaches in its vicinity.

How to get to Vrboska?

Take a ferry or a car from Split to Stari Grad or a catamaran to Jelsa, and then take a bus or a car to Vrboska, which is half way between Jelsa and Stari Grad. In case you didn’t arrive by car and wish to drive, we’re the right people for you. Just to note that Vrboska is very near the Zlatni Rat beach in Bol on the island of Brač, so if you enjoy beautiful beaches, we suggest a day trip to Brač.

Note: This text is just an introduction to the awesomeness of Vrboska. When you’re walking around Vrboska, you will be appalled at the omission of some super interesting details. Even if it is on purpose, don’t hold it against us. There are too many interesting spots in this charming town and too little space for words.

Our luxurious treat, cottage Auxo, is an irresistible blend of old and new, warm and cold, romantic and cozy. With a contemporary interior and traditional exterior, including a private swimming pool, Auxo is just the perfect place for a wonderful holiday experience.