The story behind the wooden shutters

There is something utterly magical in the historical pairing of a traditional Dalmatian stone house with wooden shutters. A lot of beauty, charm, beautiful love stories, and even the mysterious ones that "took place behind closed shutters."

In the past, when traditional houses were built, they were a shelter for families to live in, as existentially crucial as water and air. To us today, they have a different meaning, a different connotation.

They are today - cultural heritage with all that the term implies. They are a testimony to how our ancestors, in the eternal struggle for survival, invented to meet life's needs with minimal means. Their creations almost merged with their environment. Human products give areas on our planet special features, from construction to landscaping (terraces, dry stone walls.) 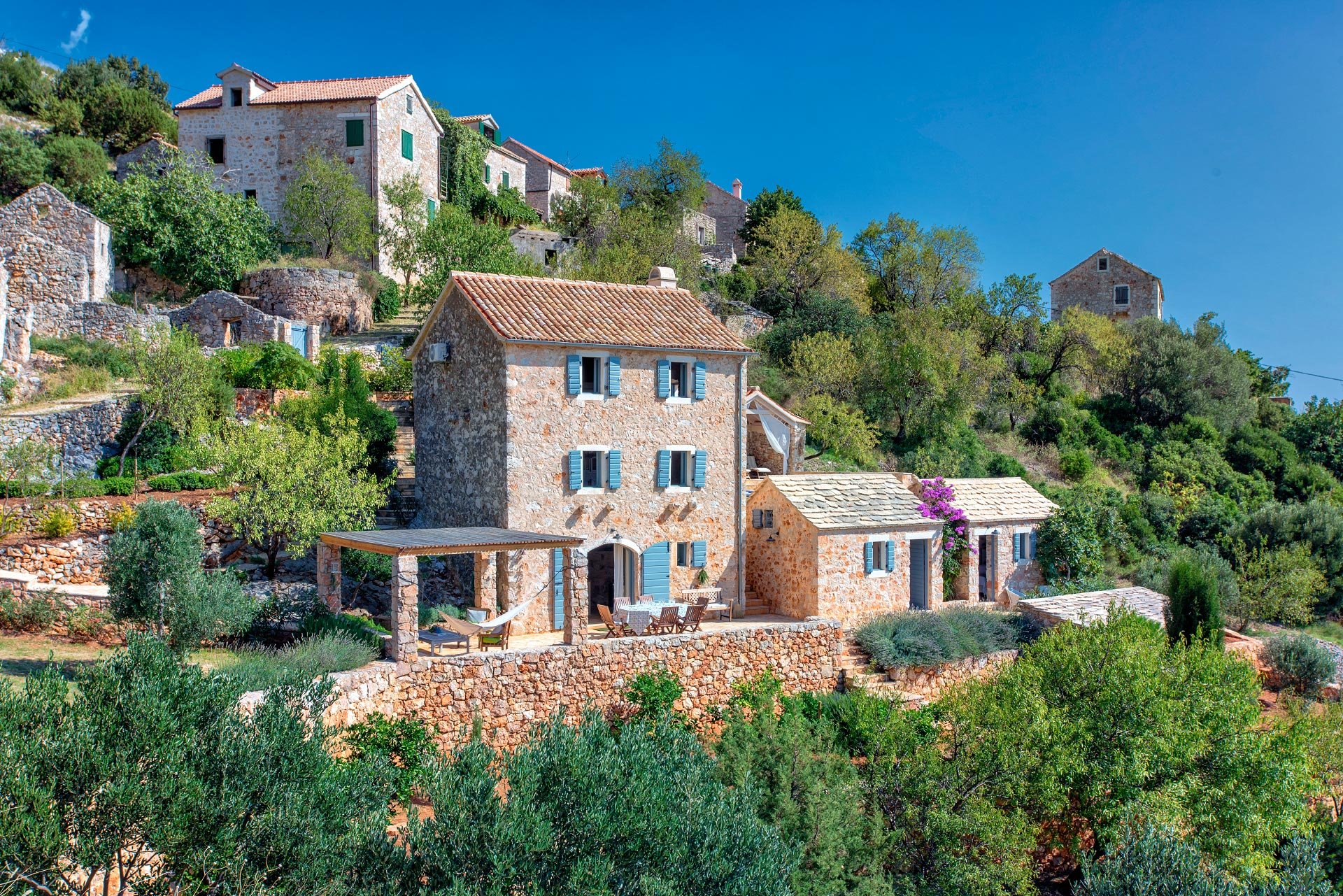 To erode the earth, bring it to the purpose, and make a living from it. Such buildings and creations have become part of our identity today. In today's globalized world, the specifics of a particular area are all the more valuable.

Dalmatian stone house with wooden shutters most often painted blue or green, today is recognizable authentic accommodation, which you can find on our web site marked as heritage accommodation. 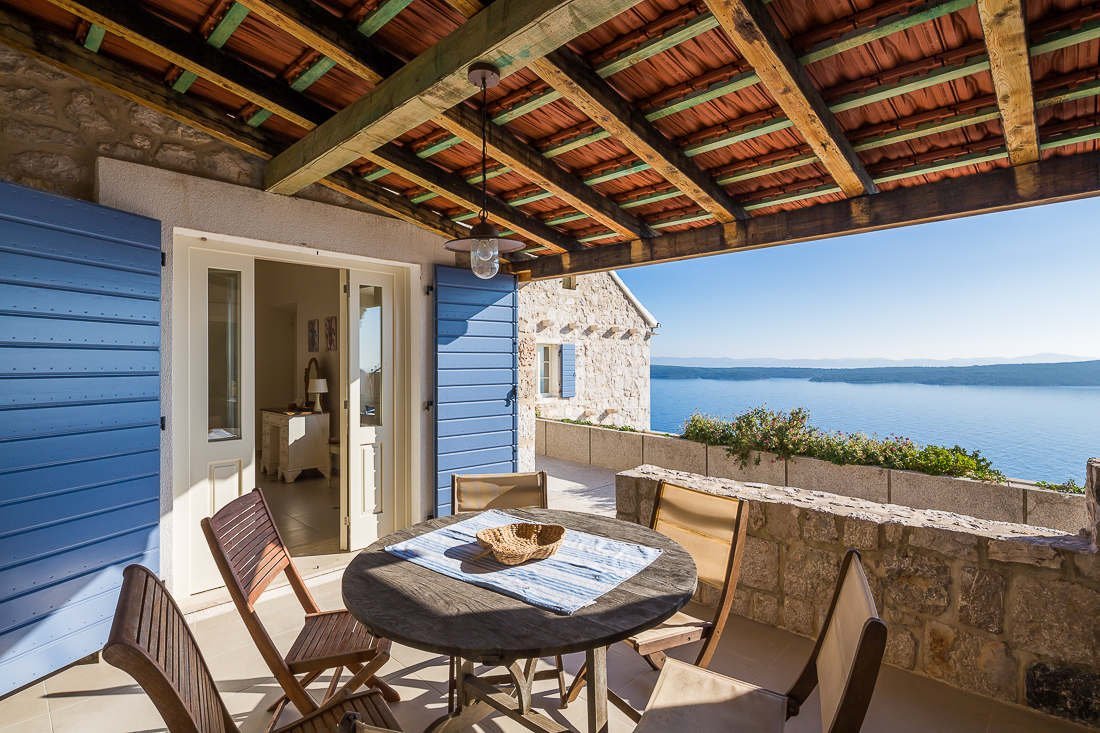 Staying in a stone house is a unique encounter. Their beauty evokes a part of history that blends into a superb tourist experience. And almost every home has its own story. A story that took place behind closed wooden shutters. 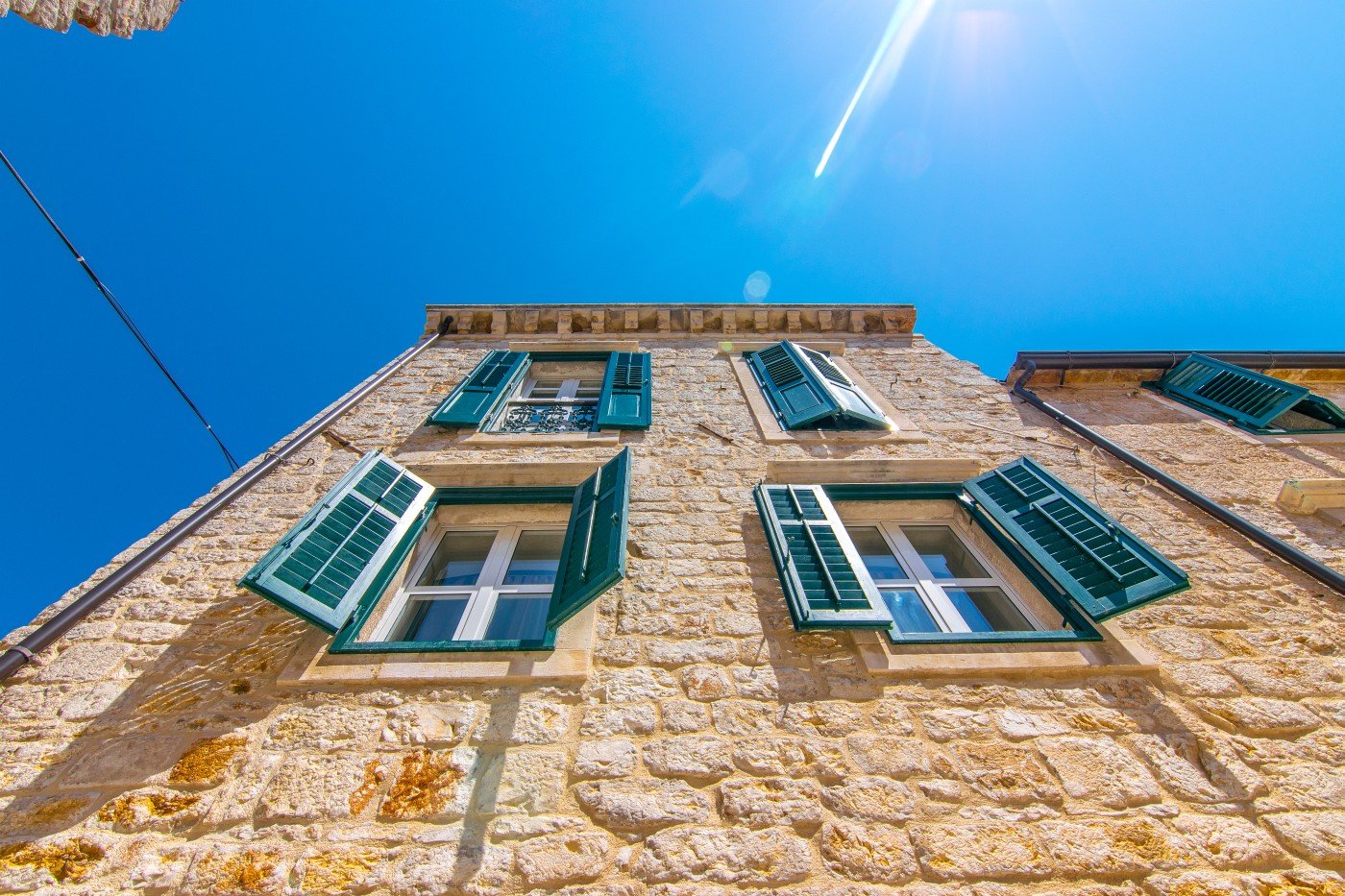 This Villa is one of those lovely old houses in the old part of town, with one exception… It is actually a traditional Dalmatian house turned into a gorgeous conventional, yet modern palace.

The owners are, just like the palace itself, a traditional yet modern cosmopolite type with the exquisite taste for both beauty and comfort. Indeed, the result of their work is visible in both the exterior and interior of this Villa. 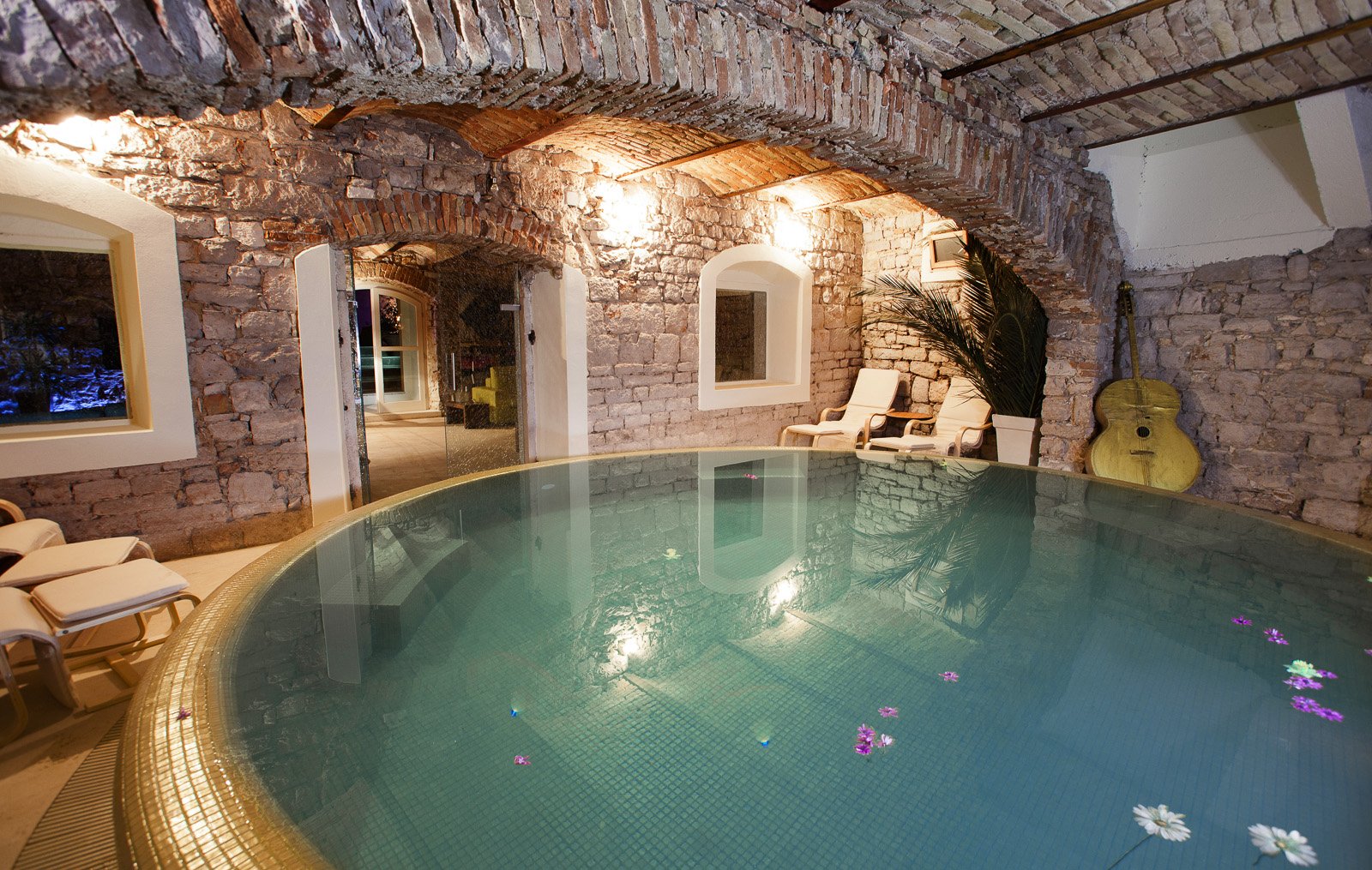 Since Geras is surrounded by high stone walls, complete privacy is guaranteed.

Each morning she reminded him of a meadow filled with spring flowers.  She was just so beautiful. But Geras was weary.

She did love him, but he felt like he lived through one too many lives already. She was the only thing that made him joyous, but he felt like she was drifting away – drifting like the sand through his fingers, and it was futile to squeeze his fists any harder.

One morning, after way too many aimless years, he decided they should change the setting. The voyage was long, but his goal had healing powers. 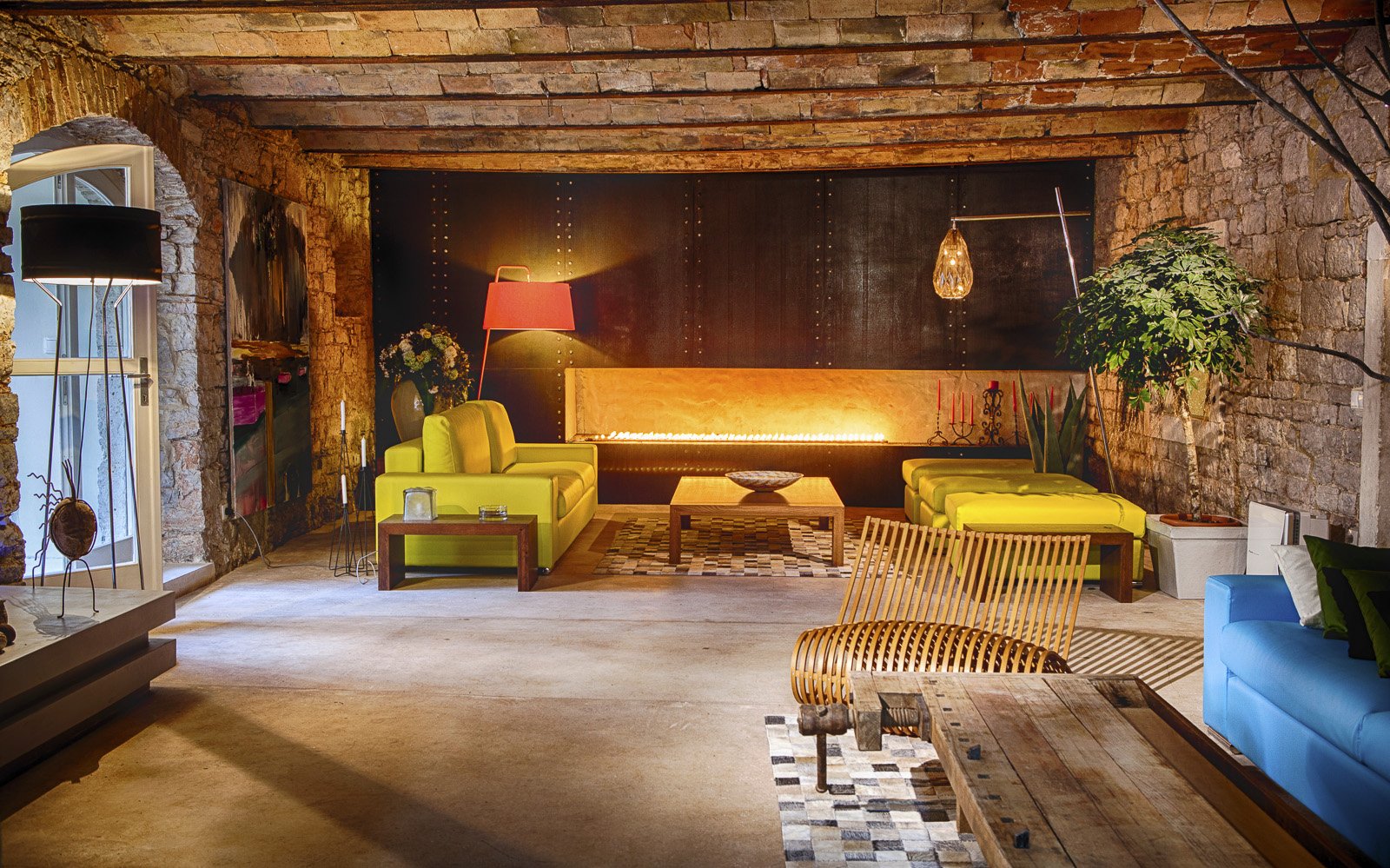 They arrived in Jelsa one warm June evening. As they entered an old stone house, they felt this endless warmth, almost like walls were hugging them and telling them something. They were confused at first,  decided to open their hearts instead of their minds for a change.

And the fairytale began.

They spent many nights listening to centennial stonewalls that witnessed many love stories throughout the ages. All the tales were happy stories – even those that had an ending.

Intoxicated with those magical tales, they would fall asleep each night, just before dawn. They'd sleep peacefully in each other's arms behind the closed wooden shutters. Over time she developed an affection for the talking stonewalls, and he was finally at peace with his age. He realized he was just tired of the illusion of getting old. He will live forever now.

Villa Geras is ideal for families, friends, for those in love, and for those who aren't yet - but let us assure you - they will be once they share their moments here.

The most important advantages of renting a luxury villa

3 of the most charming villas on the island of Hvar