Hvar as the most beautiful island in Europe

Condé Nast Traveller organized again the selection of the world's best islands for the 32nd time this year, with more than 600,000 voters voting for the Reader's Choice Award.

The awards ceremony took place on Monday, October 7, 2019, when laureates across continents were announced, and it was precisely the island of Hvar that shone in the top spot of the European list of the best islands.

THESE ARE THE MOST BEAUTIFUL ISLANDS IN THE WORLD, AND HVAR IS IN THE FIRST PLACE

"Readers of the prestigious American travel magazine Conde Nast Traveller declared the island of Hvar the most beautiful island in Europe."

This influential travel magazine conducts a Reader's Choice Awards survey each year among its readers. It rated around the 30 best islands in the world outside the US, from Australia through Asia to the Mediterranean.

A total of 600,000 people took part in the survey, and Hvar left behind Denmark's Bornholm Island and three Greek islands - Mykonos, Paros, and Crete, which rounds up the top 5 most beautiful islands in Europe.

HISTORICAL AND CULTURAL SIGHTS OF HVAR

Hvar is often called UNESCO Island, and we will present you one of the most famous features. There are numerous opportunities to enjoy the island of Hvar, and one of the most certain one is its historical and cultural sites. 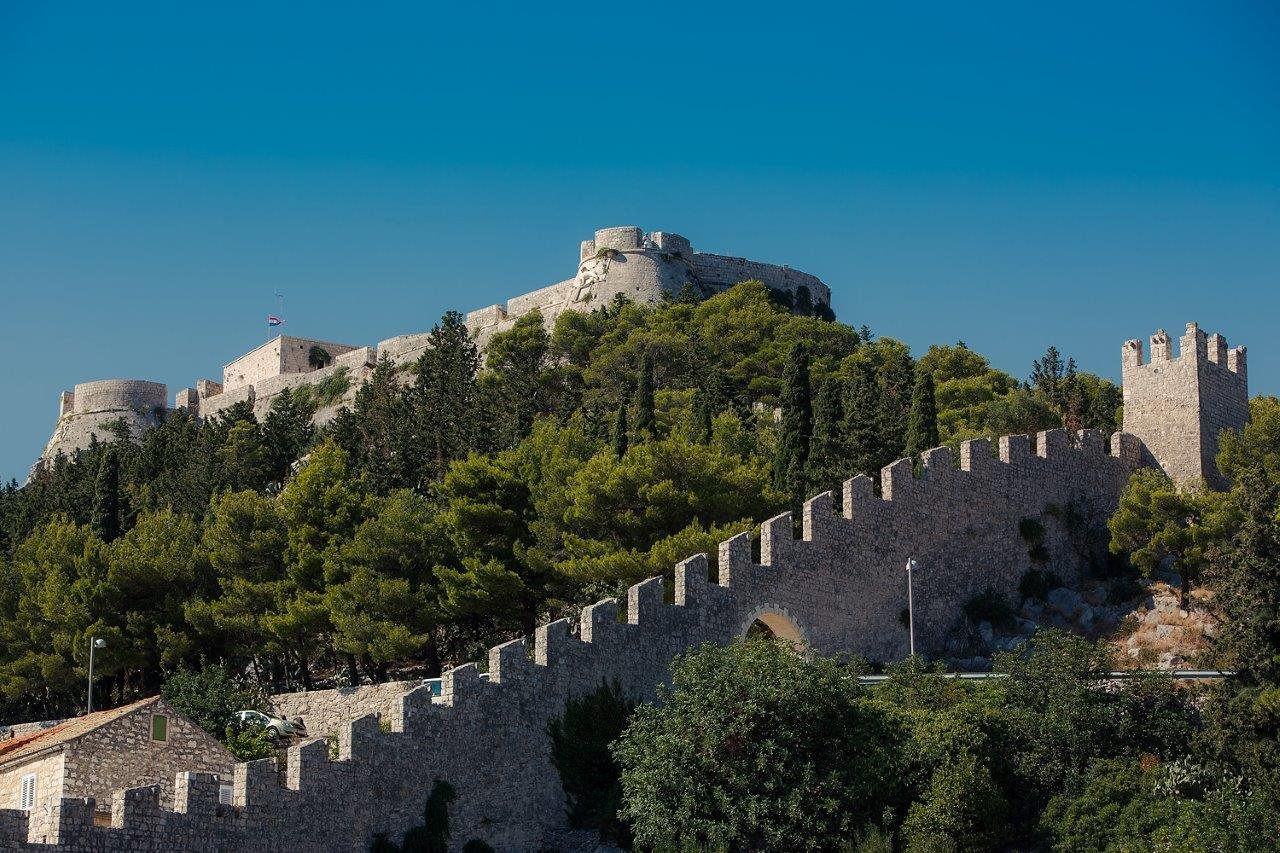 Not only is this fortress an unusual sight to behold, but you will also enjoy getting there.

If you walk from the square north, you will pass the main city gate or Porta di Datallo and climb the stairs that will take you through the old part of the town of Hvar. The palaces built in the 15th and 16th centuries, surrounded by the aromas of Mediterranean herbs, until you reach the Fortress of Hvar or, as the locals call it, "Spanjola."

Fortress of Hvar was built at the beginning of the 16th century (during the Venetian rule) and was reconstructed in 1579. Today, the fort houses a collection of amphorae and other exhibits from antiquity and the Middle Ages.

In addition to experiencing the original architecture, you will also enjoy an unforgettable panoramic view of the town of Hvar, its surroundings, and the Pakleni Islands.

Whilst on Hvar, you should also visit:

REMARKABLE OENOLOGY AND GASTRONOMY OF HVAR

Hvar is truly a special place for all lovers of gastronomy and wine. Numerous restaurants throughout the year offer authentic Hvar cuisine made with fresh local ingredients.

Hvar has been a well-known oenological destination for hundreds of years, and the history of winemaking on the island is one of the starting points of Hvar's winemakers today. Outstanding terrain configuration, soil composition, and warm sunshine make for great Hvar drops.

With tradition, the villagers approach gastronomy and winemaking in a very timely and contemporary way, so every mouthful and every sip of wine is a new spectacle for the palate!

THE MOST CRYSTAL AND BEAUTIFUL SEA WITH NUMEROUS BEACHES 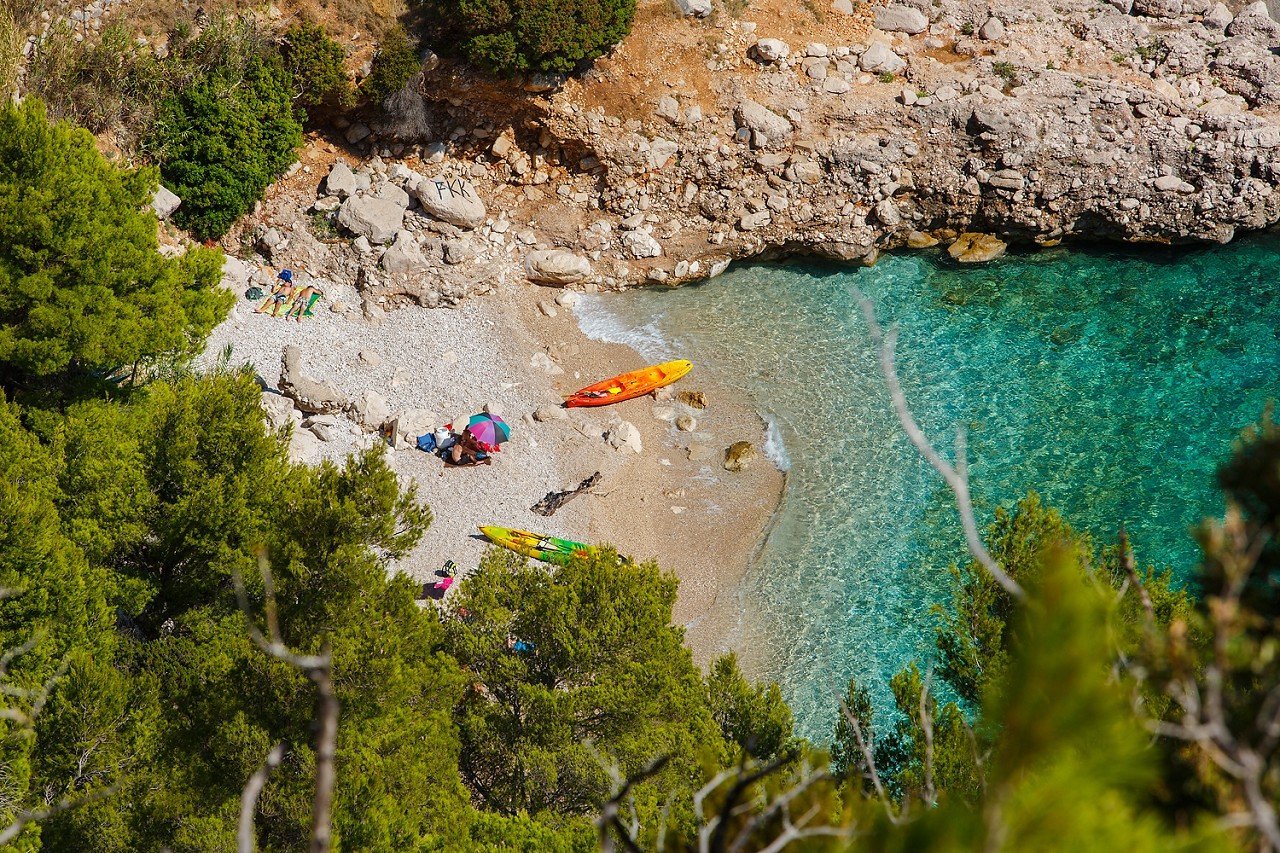 The turquoise blue sea will immediately draw you in. When the hot sun raises, the pine trees will give you shade.

There are so many beautiful beaches on the Island. The only choice you will have to make is what kind of beach you prefer.

The most famous pebble beaches of Ivan Dolac are the hollow cave - Stina and Lucisce near St. Nedjelja, beach Jagodna, Paklina, and Petarcica. All of them a desirable destination, especially for those who want a quiet holiday away from the city crowds. Here you will not find buses, hotels, big shopping centers and usual summer months hassle and bustle.

We recommend you rent either a speed boat or a boat to take you to the Ivan Dolac beach as you will pass the islets that are located at the door of Hvar.

On the slopes above Ivan Dolac itself, there are numerous vineyards where the best wines of Hvar are made.

Jelsa, which is only 10km away, is bordered by the two highest island peaks in the west of Sv. Nicholas and to the east Hum.

There are so many stories that we can tell you about Hvar; its history, beauty of nature, warm sea and tasty wines but best if you discover it yourself.

People don’t give such prestige rewards to something that is not valuable of its name.

So put the island of Hvar on your travel bucket list as soon as possible and see you there!