Villas Hvar is all about a safe Hvar holiday.

Everything in this day is magical. The destination, but also the journey. We call this day a tour, but a more appropriate word might be transformation. All that is asked of you is the willingness and openness to cooperate with the main stars of the day, the Hvar plants. Allow the plants to stimulate your mind, your heart, all your senses, so that the experience of the field paths to the highest peak of Hvar can be transformed into a unique and unforgettable experience of returning to nature and yourself. What is included in the transformational walk are the wizards of Hvar, who will teach you in practice what kind of magic you can create when you include plants in the game. There will be spectacular vistas and olfactory wonders, but also small earthly joys that we want to keep secret, at least for now...

In the fabulous island of Hvar, which bathes in the sun more than any other island in the Adriatic, the Mediterranean climate and the allegedly scanty soil were truly generous when it comes to herbs.

The amazing natural wealth has helped preserve the health of many generations of Hvarians, who, although detached from the world or maybe because of it, handed down the secrets of aromatic plants and their medicinal properties from generation to generation. We don’t know exactly which nono was first to recognize and use sage, St. John’s wort or immortelle or what the name of the nona whose calloused hands were first to create potions and lotions was, but we believe that some of these plants, as well as their incredible power, were discovered on the trails leading to the highest peak of the island. 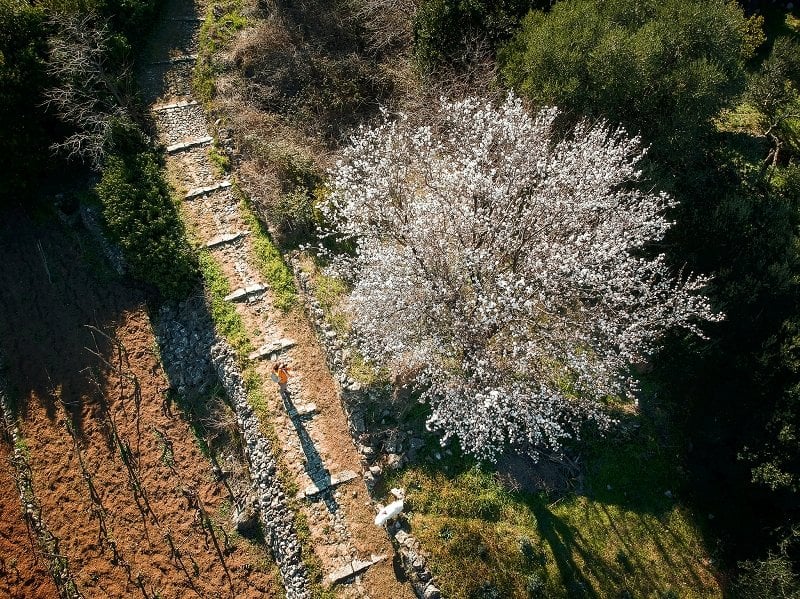 The abundant flora of Hvar boasts over 1000 plants, which have kept their place here since the beginning. The most renowned ones are used in therapy or for medicinal purposes, but also as fragrant herbs that the classical Mediterranean cuisine is well-known for. The Mediterranean diet has been protected by UNESCO as one of the healthiest diets in the world for good reason. Fish, vegetables, olive oil, home-made vinegar, and irresistible herbs are what makes the Mediterranean diet so healthy and special.

As you walk around the island, you’ll come across plants that have always been part of the islanders’ lives. One of them is the powerful laurel leaf. Laurel wreaths used to garland the heads of victorious warriors and heroes, and today laurel is an indispensable part of gastronomical feats in the Dalmatian cuisine. The essential oils of the laurel leaf are a genuine health treasure: the reduce the lousy cholesterol, they have anticarcinogenic properties, they reduce burns and scaly skin.

We can’t imagine what Hvar would look or smell like without the irresistible rosemary. The pleasant woody scent of this omni-powerful plant enriches every dish, and research has shown that it boosts concentration and memory. Apart for medicinal purposes, rosemary is used in cosmetics as well. The lovely rosemary is our personal favorite!

During your walk, you’ll get to know a plant that has become increasingly important in the cosmetics industry – immortelle, whose name derives from the word “immortal”, and it gained this reputation due to its medicinal and cosmetic properties: immortelle rejuvenates the skin and revitalizes your beauty.

Let’s not skip lavender since we’re famous for it. The purple beauty is known for its lively color and potent, hypnotizing smell. Lavender tea calms the mind and helps treat depression. Lavender oil is used for respiratory issues, helps regulate hormones, boost immunity. It is also used in skin and hair care. It boosts the skin with shine and smell, and who wouldn’t
want that? By the way, can you tell the difference between lavender and lavandin? 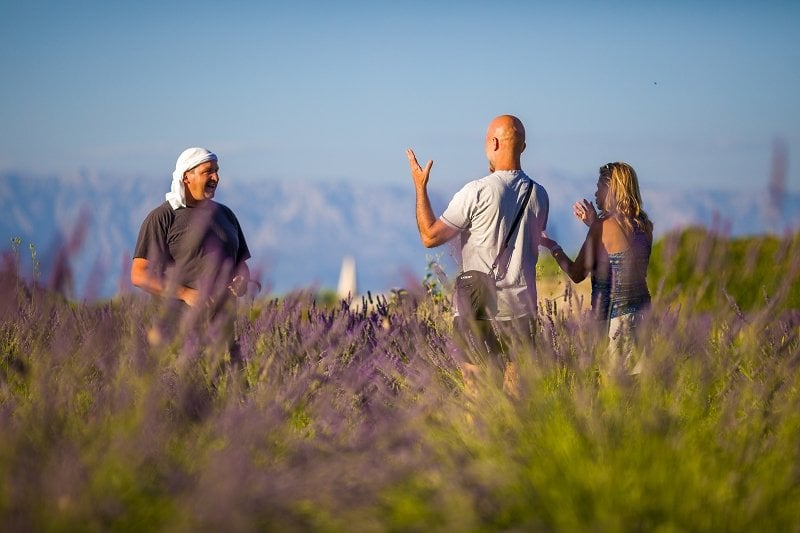 Among plants with edible fruits we’ll single out pomegranate and carob. The small pomegranate seeds are full of vitamins, and due to its rejuvenating properties, you’ll often find pomegranate in anti-age cremes, shampoos, and shower gels. Dried carob has been used for centuries, and it used to be particularly popular among singers because of its benefits in maintaining vocal health. It is far healthier than chocolate, which people often compare it to, so if you want an energy kick – replace chocolate with carob for snack time.

Out of the lesser known species we’ll mention the strawberry tree, for more reasons than one. It is visually appealing and has a multitude of benefits: it is used as an aphrodisiac; the matured fruits are used to make spirits and spectacular marmalades; and it is also rich in vitamin C, which makes it indispensable an ingredient in facial creams. It deserved to be mentioned.

Let’s end this quick overview of the Hvar floral stars of our personal choice with one of the most recognizable Hvar scents. The Aleppo pine! The essential oils from the pine needs has been known for centuries as a remedy for respiratory illnesses. While you’re enjoying your walk, take deep breaths of the endlessly clean and aromatic Hvar air and thank the pines along the way. 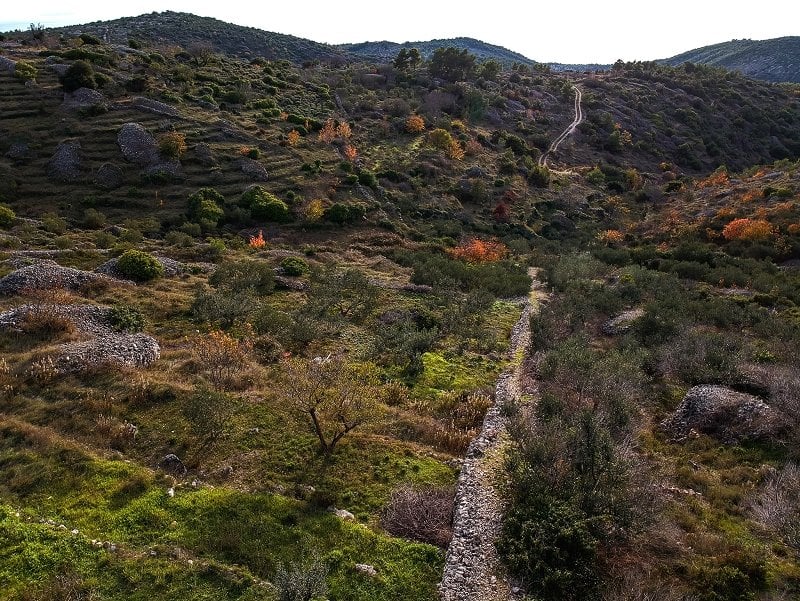