Let all your senses be at the ready today for you will pass through Hvar from its heart to its feet. Along the way, you will learn how and when this island got its belly, the CHORA FAROU, which fed it in its infancy and which is today protected by UNESCO; you will meet the locals who make top quality wines and enjoy their flavors shamelessly; you will meet Hvarians whose creative approach creates added value for the powerful olive oil and lose yourselves in it; you’ll socialize with the people of Hvar who will provide you with top quality snacks in a place that combines local gastronomy, island tradition, timeless beauty, and fuzzy human emotions. The hardworking people of Hvar take you through today's exciting and delicious Hvar story.

I remember when I was a kid, I used to go to the family fields with my father. These were the moments where I saw him shine like never and nowhere before. We used to walk together among long rows of spoiled vines that continued into rows of gloomy potatoes, uninterested chard and spinach, playful tomatoes and peppers, eggplants and cucumbers. In another field, we would pass the cheerful purple lavender tufts, a large and loyal almond tree planted by my mother from the seeds given to her by my grandmother; we would pass small trees of delicate peaches, steady apples and peculiar plums, after which we would be greeted by giant sweet cherries and astringent sour cherries, behind which serious olive trees used to stand and keep guard. In the third field, we would fill baskets with persistent tangerines and go home. Me, proud because I have such a hard-working father; he, proud of his growing plants!

I dedicate the capsule named "Taste of Life" to my father Stjepan Moškatelo, a Hvar farmer, but also to all the nameless farmers of Hvar throughout its history.
...

Hvar, as we will discover together today, is the sum and the perfect product of coincidence, customs, habits, and events that had taken place throughout centuries on the same ground.

It is the all-pervading wealth of Hvar that has led us to look back at the most powerful, blessed place, filled with abundance of experience and a particular beauty – the Stari Grad Plain.

Hvar is an island of dynamic landscape. The island's back stretches from west to east with a length of 68 km, making Hvar the longest Croatian island. The highest peak, St Nicholas (628 m), offers views of both sides of the island and the sea. In the northwestern part, the ridge forms into hills along which the villages of Hvar are situated surrounded by terraced vineyards, and then further into fields along the sea on the edges of which the towns of Hvar island grew.

As time went on, the face of our island was shaped by two factors: the Mediterranean climate and Hvar farmers. The karst fields with their shallow soil and full of rocks were transformed into arable land by Hvar farmers. The removed stones were stacked around the cleared plots, thus building dry-stone walls, one of the symbols of the island of Hvar. Imagine how much effort it took to create the landscape of Hvar as we see it today! Today, the dry-stone walls are protected by UNESCO as the intangible cultural heritage of humanity.

Vineyards, olive groves, orchards, purple fields of lavender, flowering meadows, and green forests are intertwined with dry walls and mounds, so from the aerial view, our island looks like a mosaic. In winter and early spring, we are delighted by the sounds of streams that flow throughout the island.

One such stream, the ancient Farion River, was one of the reasons why Greek settlers chose this particular island.

Below Svirče, Vrbanj, and Dol stretches the Stari Grad Plain, also called Chora Farou or Ager Pharensis. This is exactly where the 2400-year-long Hvar story of wine and olive oil begins. 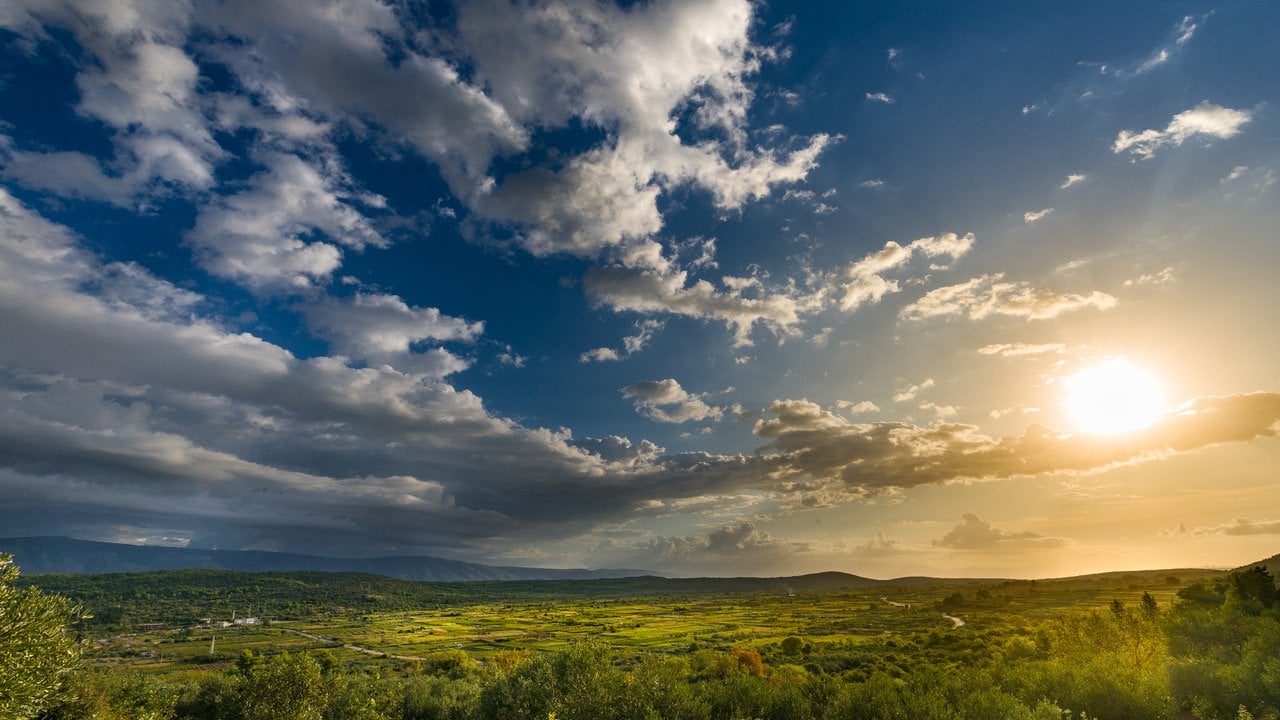 Six miles long and up to two kilometers wide, the Stari Grad Plain is currently the largest fertile plain among all Croatian islands, a plain that tells a story written in every scent, sound, and scene of the landscape.

The first chapters of this story were told by the ancient Greeks. In 385 BC, a town called Faros emerged at the bottom of the bay of Stari Grad, and the Stari Grad field was divided into so-called strige (plots) with the intention of planting what this soil could support - Mediterranean crops such as olives, vines, lentils, but also grain for basic needs.

At the central part of the field, the Greeks set up omphalos, the center from which they stretched their paths; they erected dry-stone walls, thus creating about 70 plots of land which they distributed to their settlers. We doubt that the first inhabitants of Faros, having planted the first olive tree on one of the plots of the Stari Grad Plain, were aware that they were leaving behind a source of invaluable experience for future visitors in the then unthinkable 21st century. It might have made them happy to know that this very ground will be a universal source of inspiration for us, the future generations.

There is no remnant of Greek architecture in the field except for the observation tower on the north side of the field - Maslinovik. It was an observation post where the guards were stationed, and which functioned together with the Tor tower above Jelsa. Upon perceived danger, the guards on the Tor would start a fire and, through Maslinovik, alert to danger from the sea that threatened Faros.

After the Greeks, the Romans adapted the city and the field to their living needs, thus writing the basic chapters of the book before us. Rustic villas, farm and country houses of sorts, were built in the field, out of which two were explored and presented: one below Dol, called Kupinovik, and one near Vrboska, called Mirje. There were about 20 such villas in the field, and they were always built on elevated positions near water sources.

At the Kupinovik site, remains of two olive presses and a mill with a millstone were also found!

With the fall of the Roman Empire, the newly arrived population inherited the economic component of the field but changed its cults. The best example is the Church of St Vid on Hum hill and the Chapel of St Jelina. According to ancient Slavic beliefs, there used to be an old triangle dedicated to the gods Perun, Veles, and the goddess Mokoš. With the Christianization of the island, Perun was replaced by St Vid, goddess Mokos was replaced by St Jelina, and Veles was replaced by St Michael ... But, let's go back to the field.

Various varieties of grapevine are cultivated in the field: plavac mali, bogdanuša, parč, kuč, maraština, toscano trebbiano, muscat, and more recently cabernet sauvignon, syrah, merlot, and others. The field experienced another renaissance in the 19th century, when wine growing on the island began. Wine was exported to France and Italy, whose vineyards had been plagued by phylloxera. At that time, the island reached its culmination with winemaking, but also seafaring and trade. Other crops were cultivated along the vineyards in the field, most notably olives and lavender, but also vegetables and fruit.

Olive growing also experienced its economic boom in early 19th century; its resurgence began in 1990 and has continued to this day. Today, olive trees in Hvar are still grown in the traditional way. The most widespread variety is oblica and it is widespread because it is drought-resistant and suitable for cultivation on scanty, shallow, and rocky soil. The olive oil of the oblica is slightly spicy and bitter, with pronounced sweetness, and it is produced in three old and four new oil mills on the island. Unlike the fully mechanized production method in large olive growing countries, our traditional method of olive cultivation respects the environment and is a sustainable way of producing oil. There are not enough words in this story to describe the gastronomic highlights and the pleasure that oozes out of every drop of Hvar's liquid gold. Only a personal experience can enrich the taster, and the challenges lie in understanding the blended traditional and contemporary flavors. 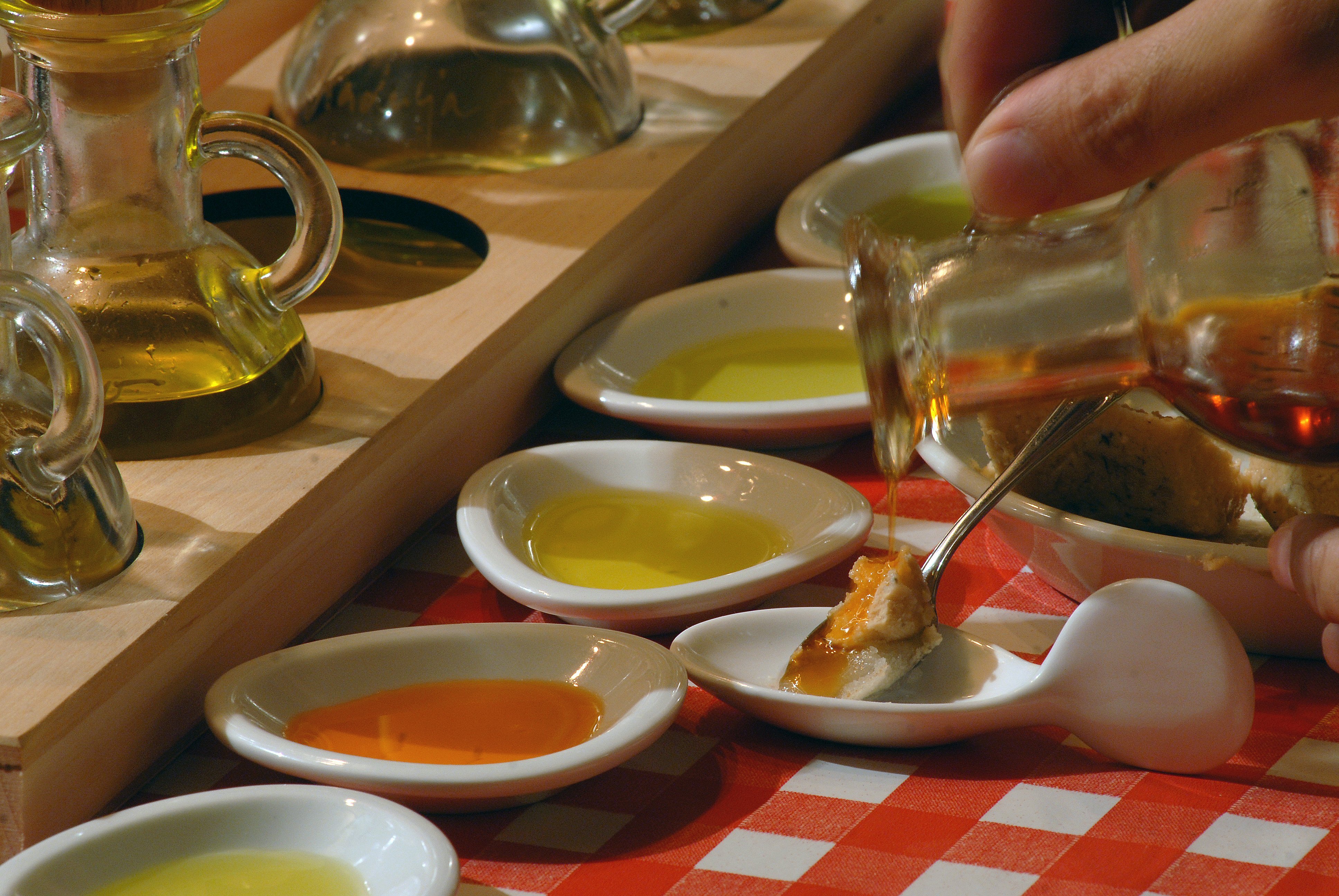 "Taste of Life" is a story that is wisely told to us through silence by over 220,000 old olive trees surrounded by dry-stone walls, supporting every moment of our hedonism against the tumultuous and rich past of the Stari Grad Plain. It is the story of the loyal love of the olive trees, the fickle love of the vines, the painstaking work in the field, the respect for nature, the tradition, and the culture of all those who have been hosted by this field.

Poems, essays, and history books have been written about the Stari Grad Plain, paintings have been painted, and photographs have been taken of it. The field loves and cares for the island and all its inhabitants like a mother. The love of the people who cultivated this field through the millennia goes back to this same man, as well as to all who want to truly
experience, feel, taste, and connect with it at all levels possible.